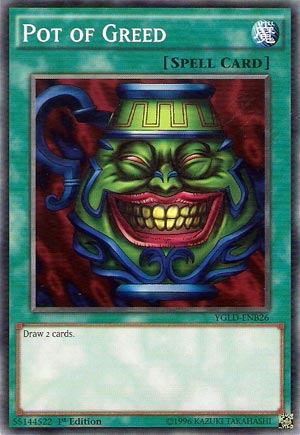 However, I don’t think Traditional was ever intended to be a real format.  Testing out FTK/OTK decks and seeing how modern cards interact with older cards is fun for novelty purposes but there was rarely any meta discussion or tournament organization for the format.  Konami never tried to influence the rules or card pool of Traditional in any way; they did not try to fix its flaws or even acknowledge them.  Any support the format got (i.e. from cards which were banned in Advanced) was an afterthought.  99% of the time, players just played Advanced.

The real reason behind Traditional format was to provide an option for old-school players (at the time) to still use their favorite cards.  From the perspective of that time, some players would’ve been very angry to spend $200-300 on a series of high-rarity staple cards which they thought to be a long-term investment only to realize they couldn’t use them at all.  Traditional Format, for maybe the first year of its existence, prevented some players from outright quitting, but otherwise, people have adapted to Advanced Format a long while ago.