Today I’m going to talk about the popular Goat Control format (which I presume includes The Lost Millennium and Exarion Universe but not Cybernetic Revolution) which all started with the April 2005 ban list.

In nearly all cases, you’ll find at least 3 of following factors in common:

One fallacy among players was that Goat Format was imbalanced and broken because of all of the power cards (which are now banned) that were allowed.  “How can a format with Snatch Steal, Ring of Destruction and Delinquent Duo be balanced?”, some ask.  however, context is everything.

How does the Goat Format have such powerful cards yet remain balanced?

The pace is​ on the slow side, even the slightest card advantage matters, errors of judgment are heavily punished, players can bounce back from a bad situation and games last relatively long.  This is because power cards were used in context of each other ; one is used to counter another.  As a result, the player must make the most productive use possible out of their less powerful cards so that they can save their more powerful cards for later.  The goal is to pressure your opponent to use up theirs before you use up yours.  There are also opportunity costs; do I use my Sinister Serpent for Graceful Charity or Tribe-Infecting Virus this turn?  And yes, you can get back Pot of Greed with Magician of Faith but maybe it’s better sometimes to give up that +1 to retrieve the Nobleman of Crossout for an aggressive play or Metamorphosis for field control. 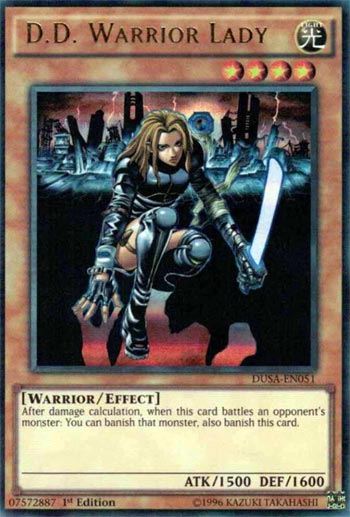 Patience is rewarded in Goats.  ​You can use your Tribe-Infecting Virus to topple a D.D.Warrior Lady, but then you wouldn’t have it to take out bigger threats like Black Luster Soldier or Thousand-Eyes Restrict.  You are free to use Graceful Charity the second you draw it, but your opponent may choose to wait until Sinister Serpent is in hand so they can +1 or they might wait until they can dump their Jinzo in the graveyard and revive it with Call of the Haunted next turn. You could use your Mystical Space Typhoon, Heavy Storm or Breaker the Magical Warrior to clear their face-down Sakuretsu Armor so you can land a quick shot at the opponent’s life points, but then you wouldn’t have anything to counter the opponent’s Premature Burial and Snatch Steal.

Life points matter.​  Of course, card advantage is the main factor and giving up your card advantage for temporary life point advantage does not bode well in the long run for Goat. However, there needs to be a balance.  If you take several direct attacks early on so you don’t waste removal, then that means your opponent is always 1 or 2 power plays away from winning and they can afford to make a move that’s inefficient on resources if it meant putting your life points in serious danger.  Premature Burial being a staple, in addition to two players having Ring of Destruction, limits how many cards with life point costs you can use.  Brain Control is at 3 in Goat Format, yet many don’t use it because the costs add up.  Solemn Judgment is great but risky.  Royal Oppression, My Body as a Shield and Autonomous Action Unit have very useful effects but are also very demanding on life points.