Oh look New Year’s Day. Here is me opening the year the way I mean to go on.

Oh hello, 2018. I see that you’re keeping up the usual tradition of denying manufacturers the chance to make those fucking stupid New Year’s Day plastic specs until at least the year 3000. Keep up the good work by all means. But I’m not here to talk about that. I want to talk about the direction Vanguard is going to take in the coming year.

2018 is the year that will mark the end of Vanguard G and begin the new series (as soon as one gets announced anyway). And my word, does it have a lot to live up to. Stride as a mechanic is a hard act to top. The capacity to turn your Vanguard into whatever you please depending on the situation for basically no real penalty to you requires that our new toy top even that so that Bushiroad can continue to powercreep this game into complete meaninglessness. But what could it be? The Shooting Star Spin-off manga still uses G Units, and as far as I can tell, only direction to go at this point is to keep pushing Stride, but introduce even more things to do with it. Like maybe find a way to make Draw Triggers actually relevant for once, somehow.

Or god forbid, it could actually pull the same sort of crap Battle Spirits and has and introduce a once-per-game mechanic that can suddenly steal a win that the player doesn’t deserve, because what else is new. Soul Drive…although all Bushiroad need to do then is make Ultimate Strides that aren’t Zeroth Dragons…

But you know what the depressing thing is, really? The truly annoying part of this game? Absolutely all of this could have been avoided. This whole thing could have lived on the mechanics of Season 1, with the same level of power afforded, and the game would still be something I would pick up. Powercreep is not something that a game needs in order to function properly, and we didn’t need it for Vanguard either.

I think the whole thing started with the Crossrides. Once those dropped, there was basically no reason to run anything else apart from the two best ones. In response, Bushiroad released archetypes that would hit the numbers needed while also having a Vanguard that wasn’t 13k, but still had a more bullshit skill that would make them strictly better instead. Then along came Legion, who basically pissed all over Limit Break in terms of timing and power afforded. And now this. Stride. Suddenly your Grade 3 is no longer even putting too much work in anymore, it’s the Stride skill, anything that procs at end of turn if it has one, and the G Unit you’re currently sitting on. I sort of resent that. I think it goes against the principle of Vanguard in that you possess something and then you soldier on as that unit until you can hop to a better one. Summoning some bullshit from another time to fight for you sort of defeats the purity of it.

Powercreep, upon close examination, cannot be defended. Whatever argument you can devise in favour of powercreep, there is a contradictory argument back. Powercreep is necessary to keep a game interesting? Then how do you explain the intoduction of something like Tsukuyomi when it was first released? Mechanically it didn’t do too much that was far too different apart from intoduce the concept of a ride chain, which could have by right have made it interesting on that merit alone, but it was still interesting, because it afforded a secondary strategy that a player could adopt. Even the prospect of a new clan, as long as aesthetically it’s pleasing, can still generate enough sales even when its debut is a load of shit-gravy. I refer you to the sales of Eclipse of Illusionary Shadows and the hype train that was Shadow Paladins. 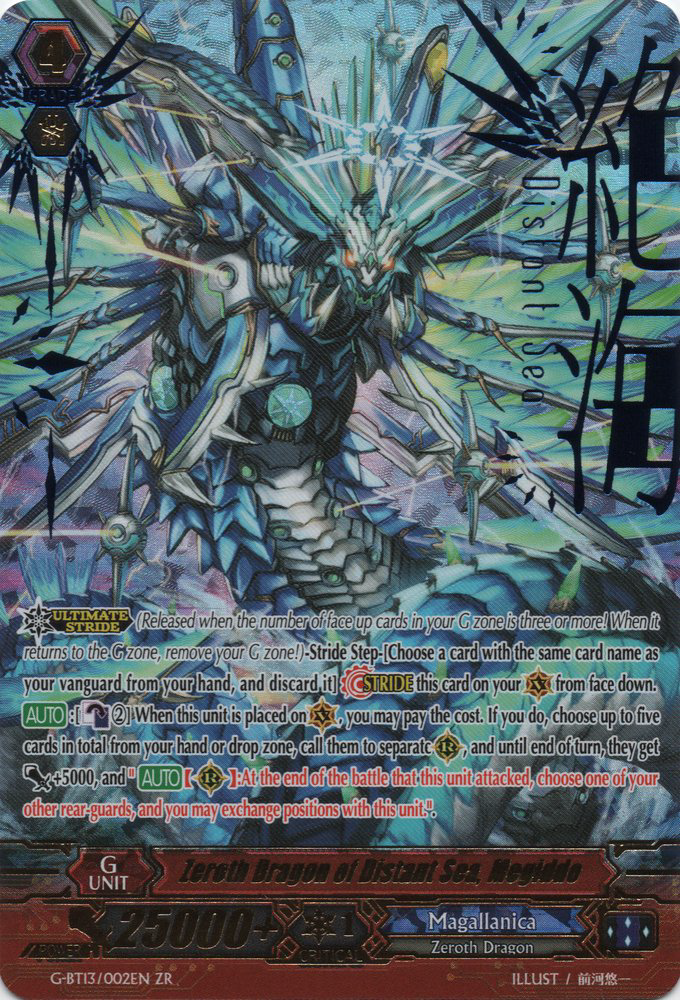 Power-creep is also not needed to keep a player invested in the game. If that were the case, you would expect players to migrate from games with low power-creep to games with high creep, when it’s almost always the exact opposite. Nobody likes feeling that everything they spent turned out to be a waste of time, more so when what you bought didn’t make the slightest dent in the meta because your support was too shit. Power-creep also has no relevance to a player’s interests, disregarding the whole money aspect. There are people who play multiple games, all with varying levels of creep, suggesting that creep wasn’t the reason they decided to stick with whatever they’re currently playing.

Unfortunately, power-creep will only ever make sense from a monetary aspect. By introducing something that promises to be even more bullshit than the last thing, they can ensure people will by it just to stay on top. But as I said, we could have avoided all this. Vanguard was such a fucking simple game that you could have taken the established norms, such as Vanguards being no higher than 11k in power during the opponent’s turn (save for certain deck that use it somehow such as Shamshiel), 9k and below power Grade 2s being the ones with skills, all higher are vanilla, and as long as the business model didn’t deviate from the norms and just introduced new Grade 3s with new ways to win they could have just sat on that and it would still be fun. There was no need to escalate the game to its current form of throwing out G-Unit after G-Unit every turn just to tailor the Vanguard into the exact thing you need to stop losing. Or win, I guess.

So whatever we get this 2018, by all means, invalidate the old mechanic as much as you want, if you can. I’m honestly not sure how the fuck you’ll top this. Maybe a new Unit that when played forces the other player to blow you then and there right under the table?