Let’s examine the heros and zeros (or Zeroths) of the last G Booster of 2017.

Ho ho ho pre-emptively, bitchnuts, ’tis the season to be analysing exactly what all the money that should have gone into presents for the family and friends will instead be sunk into your ridiculous cardboard crack habit. Glad this one ended on a reasonable high for the year, supporting Kagero again, and yeah, of course I pre-ordered everything again. Now I’m just waiting until March with dread until that fucking new Harri comes to crap all over my local scene up until my deck stops sucking again.

So the stuff getting new toys are Kagero, Aqua Force, Tachikaze, Murakumo, Gold Paladin, Angel Feather and Spike Brothers. Oh, and we also get two rather unique looking cards called Zeroth Dragons: cards that basically drive the players to a Sebreeze mentality of assuming they have one even when they don’t. Those will also be covered in a separate section. But as always, what’s worth getting? What will be your last purchases of 2017 before 2018 drops on all of us like the pet cat at 5 in the morning? Read, and cease to weep.

Kagero: There is of course Blademaster support but it’s basically relegated to just Yssar. The other two supporting Blaze and Blademaster are jank. It’s all about Overlords this Booster, with Overlord the Destiny, Overlord the Purge, and all his R and C rarity new toys. Pick all those up of course if you play Kagero. Should point out that the Purge is one of the two GR rarity cards this set. Sadly, the complete Overlord deck needs at least 2 and hype will drive the price up on it, along with 4 of the Destiny. Accend Grave Dragon’s a generic +2 in advantage G-Unit worth picking up as always, and before I forget Bushiroad seem to be making a new clone card: a Heal Trigger that’s RR and has a a skill. This is no exception, so pick up 4 Tara when you get the chance.

Get it for: everything related to Overlords, Yssar, Accend Grave Dragon, Dragon Dancer Tara.

Aqua Force: Again, the Stride focused Aqua Force, Thavas, only got three cards, but all three are worth getting, if only because one of them is the new Thavas G3, and one’s a G2 version of Melania. This also takes up one of 2 GR rarity slots with Alexandros, so grab one or 2 if budget allows. The set does have some Maelstrom support in this with a new G Unit and a new Stride-based Maelstrom, along with a few other new toys, but don’t expect it to make waves (it was deliberate, thanks for asking). Blue Waves make up a majority of the support here. Pick them up if you must, the new G Guardian especially, but keep in mind that the entire deck is very resource heavy. However, quite a lot of its staples such as Phoivos, Brutal Trooper and Tetra-boil got reprints this set so it might be easy to build if nothing else. But this also hogs a lot of the selection so you may struggle to purchase it all no matter how much of an Aqua Force fanboy you are.

Get it for: all Blue Waves, new Thavas, Alexandros, Maelstrom support if you really want to.

Tachikaze: Only 12 cards here, support’s small. Gaia Devastate is of course the main chase card, but aside from that and the new Heal Trigger, everything else will be cheap and also worth picking up. It also helps that it’s pretty much all Engorge focused with basically no token Rex support or anything of the sort. This is easily the most efficient purchase…as long as you played Tachikaze Gaia from the very beginning anyway.

Get it for: all the Gaia support, Converse Ornith. 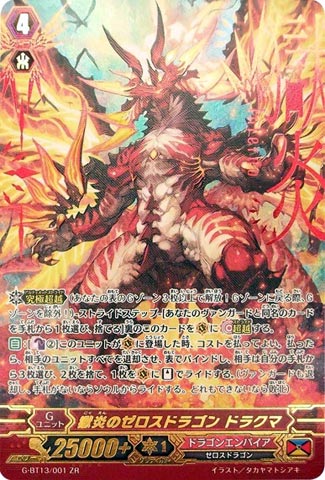 Murakumo: Yasuie support as always in the form of Genma. All other Shadowstitch related cards that aren’t Ooboshi can be safely ignored as their requirements are either too specific, or not worth cutting compared to the joys of back-row attacking. This set also takes the time to support an overlooked archetype: Shirayuki. And as always, it’s so token that only hippies will actively run it. It’s just a new Grade 3 and G-Unit and that’s it. Hell, new Shirayuki doesn’t even have a Stride skill! So basically, like Tachikaze before, the purchases are going to be surprisingly easy. Genma and Ooboshi are the only vital cards this set.

Gold Paladin: Surprisingly, there’s actually a fairly dedicated section to Liberators. Garmore got a new form with a Stride skill, the RR Heal to pick up is a Liberator, and they even got a new Perfect Guard for Liberators along with a new Stride fodder card. No new G Unit for them but that was when they last got supported. But of course Unite and Gurguit also take up the other half. Gurguit Helios, Salonius and Carinus are basically the main pickups and easily the new Gurguit staples, but really as long as you snag Gurguit Helios you can afford to put the others off for a bit longer. I’d say that Gurguit purchases take priority first as Garmore needs Gurguit’s finishers to function anyway, but whatever’s fine.

Get it for: All Liberator support, Gurguit Helios, Salonius, Carinus

Angel Feather: Even more Rescue support! Oh, and Celestials but who gives a shit. We have a new Gavrail this Booster and a new Gavrail G-Unit, which are obviously meant to be picked up at 4 each, so it might strain the wallet a bit. The rest of the rescue purchases are surprisingly easy, with only Black Talent Lyla, Antibody Pegasus and Black Repair Arakiba being the main ones to grab. Arakiba’s a Perfect Guard though so watch the wallet. There’s also a new G Guardian but it’s situational, so grab 1 at most. Purchases, while select, certainly won’t be Tachikaze or Murakumo levels of easy, so sucks to be you. At least you aren’t playing Aqua Force…oh you are? Oh BABY the salt.

Spike Brothers: And then there’s these assholes (big shout out, now 16 Crit Spike Brothers can truly live with this set yaaaay). With that said, space is already very tight. Dudleys are of course picked up for the name in Dudley decks, but the Charge decks are going to struggle to meaningfully use a lot of the toys. New Rising Grade 3 doesn’t even have a Stride skill, so it’s RG-relegated which does consistency no real favours apart from name, and the support here is, while okay, basically too little too late. However, the purchases will at least be cheap with no cards being higher than RR in rarity. As usual, pick up the staples listed below like the new G Guardian and G Unit, the RR Heal, and whatever else.

Get it for: Hecaton Gus, Bullpower Agrius, all Dudleys, Rising Great Star.

Zeroth Dragons: Ah yes, these two are the main draws to the set and the selling point of the booster. Zeroth Dragon Drachma and Zeroth Dragon Meggido. Well, the good news is that you only need 1 of each due to their own mechanic. The bad news is that they are pretty much impossible to get unless you are an adult with a job to afford these. Do you NEED them is the big question. I guess given that their main function is to seal a game you were probably going to win or act as a big all-or-nothing play, you might be able to survive without a card that assumes you’re losing or are already winning, but I would still get them. They’re just too good not to have and if you don’t need them, they sit unobtrusively in the G-Zone until needed.