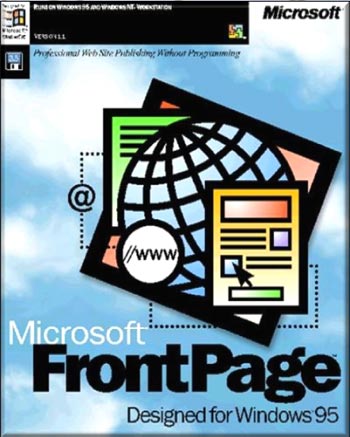 eah, I know … (hangs head shamelessly) … this should have happened a long time ago.  I had been using the same web HTML editor for over 20 years.  I started using Microsoft FrontPage in 1995 when I was designing sites for small businesses.  It was perfect for making websites easily with its “IIS extensions”

In late 1998, I used FrontPage to make a fun little Pokemon gaming section on the old AOL Hometown pages (for AOL subscribers). It was fairly popular, so in January 1999 I moved the site to a Windows server with its own Pojo domain name and off we went.

The FrontPage software was updated very often though 2003.  The program changed its name to Microsoft SharePoint Designer in 2007.  The last stable release of SharePoint Designer was in 2013.  Yes, these Microsoft Design software programs are archaic, but still served the daily needs of posting Card of the Day, Featured Articles, News & more fairly well.  Pojo.com was in bed with FrontPage for almost 20 years, and it was hard for me to break this mold.

Problems started arising as more and more readers started using their phones and tablets to surf the internet.  In 2015, Google Search started expanding its use of mobile-friendliness as a ranking signal.  Mobile searches passed up Desktop searches on Google Search.  And Microsoft FrontPage/SharePoint Designer were not designed to make mobile friendly web pages.  Old Pojo was simply not mobile friendly.  Okay then, Time for a Change!

A few weeks ago, we started the process of moving/converting/redesigning the entire Pojo.com site into WordPress to make it more mobile friendly.  This is going to take some time.  Over the last 18 years or so we’ve produced tens of thousands pages on Card of the Day reviews, products reviews, news articles, featured articles, etc.  We’re starting off slow with some new Cards of the Day as building blocks, and merging new and old content from there.

So, we apologize for the dust.  Hope you stick around, and come back often to see the changes!

p.s. – Also, a special thank you to all the Card of the Day Reviewers and Message Board Moderators for all their help over the years!!!

p.s.s – And a very special thanks to Jason for helping me out with a million technical questions!