The show designed to sell the cards is only good for memes and early teasers. It sucks as a story.

I generally don’t broach the topic of anything in Vanguard other than the card game itself. I find that opinionating on such things has little relevance to what I would actually want to improve, which is the playerbase being a bit less retarded as a collective whole. But then again, my columns is called Cardfight Bad-guard, and so shittiness should not be limited to just cards. The show designed to sell the cards is also fundamentally crappy at times at worst, and distinctly average at best.

With that said, I am grateful that the show didn’t take the Yu-Gi-Oh approach and simply constantly make up cards for the protagonists to ass-pull once for specific situations and then never use again: every card apart from Oracle Guardian Hermes were actual cards that were out or were planned to be out, and so everything they did in games had grounds in reality regarding what a real fighter should do. Not that it was always good advice: how come no-one ever tries to attack Heart Thump Worker or his clones if they get thrown at the front of the board?

Those familiar with such shows understand that at its most basic level, one must be willing to put up with the Duels Decide Everything trope. I myself can take it or leave it. I liked the Yu-Gi-Oh animes in its various incarnations. The problem is that despite the reality of the cards and their interactions, story-wise, the Vanguard anime doesn’t even come fucking close. I don’t believe writing is Bushiroad’s strongest suit, and the fact it’s geared at children should be no excuse. Children are dumb little shits, but as long as the story’s good, adults should be able to derive some joy from it as well. And the anime stopped being good after the first Season of the original. Why is that?

I would call Season 2 and the NEXT arc of G easily the weakest arcs in the anime. The primary reason is that both of them revolve around a tournament. And there is one, glaring flaw with having your plot be entirely dependent on the game-based tournament to resolve: games are fundamentally selfish things, Vanguard especially: without the timer in official tournaments, it would be all but impossible to produce anything other than one winner and one loser. And if there can only be one winner, you just have several characters, all with their own motivations, get completely blue-ballsed because they couldn’t accomplish anything, or if they’re on the same team, they exist to be fodder for the main character to save the day. Shion didn’t win and yet he got to save his club. There was no evidence prior to this anyone gave a shit about said club before any of this and now his arc gets resolved so bloody hastily and without buildup. Tokoha’s isn’t even worthy of mention: Miguel was so poorly executed and she wouldn’t bloody shut up about him. And newcomer Kazuma just got shat on and had to get Chrono to bail him out yet again.

Season 2 of the original suffered from completely different problems: up until the final stage, the entire thing was just glorified pissing about. Not least because everyone’s development got reset to nothing but also because Team Q4 fell short every time. You could just have them win the first or maybe the second stage and the rest of it could have been easily cut down to size for other, better stuff. It was basically the abridged version of Ash Ketchum Syndrome: until Pokemon ends, he’s never going to win a league. Not while they can introduce another batch of the little fuckers. The Legion Mate arc was thankfully shorter but it suffered from basically the same problems: racked up losses amounting to fuck-aboutery. It also made Kai a complete pussy until he changed back to Kagero. 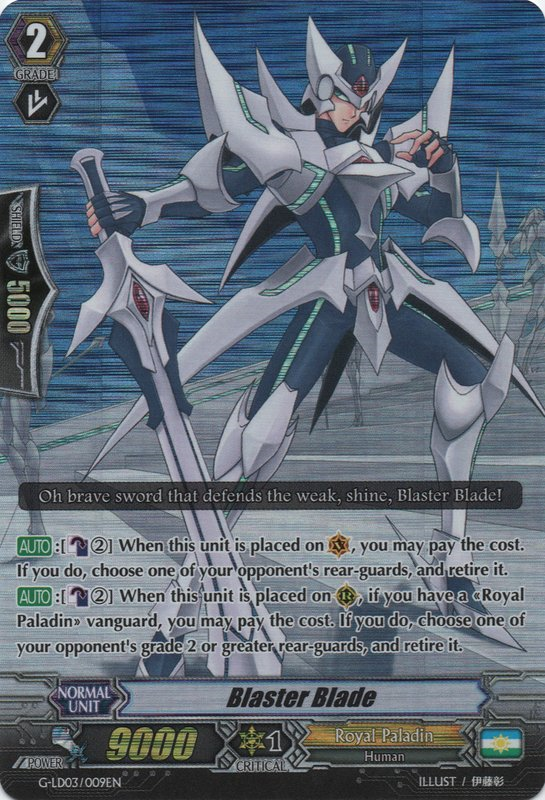 As of writing this, Z is currently airing, and from what I’ve gathered, it’s basically shaping up to be Legion Mate all over again: a group of antagonists start their arc by beating the shit out of the heroes before finally succumbing at the very end, but not before racking up losses to glorified fuckaboutery. Even Saori wound up being the equivalent of Morris, Raul’s butler, in that he lost once to establish clues, until next week when he unleashes Drakuma and presumably stops being a scrub. With that said, there’s a pretty good foundation: if Chrono does end up as the Disc-1 Final Boss a la Zarc from Yu-Gi-Oh Arc-V, that would be baller. Just as long as Chrono is the one to resolve the last of the plot, because Aichi spent his last fight of the original series on a loss before a pissy conclusion.

I don’t want to give the impression everything about the anime was shit: I thought the first Season was okay, and the Link Joker Invasion was alright, aside from the least harmful zombie outbreak ever, and Stride Gate was tolerable. Season 1 had everyone who needed to be developed, developed, Link Joker had everyone do things to actually help, except for Shingo, the useless bastard, and Stride Gate had a pretty neat anti-villain antagonist. It also helps that no-one was obliged to sit on their ass for both Link Joker and Stride Gate, and Season 1’s tournament arc actually had stakes because Q4 were new and aside from Kai, largely sucked. When you get established badasses act as jobbers for the new antagonists, that’s when things originally so bad they’re good start to test the patience.

But the most glaring problem with the anime is the fact it revolves around the card game itself. Because, as stories are want to do, certain characters hog centre-stage, and so support for their clan is going to be skewed in favour of everyone else. For things to be truly balanced, the anime would have to forgo the game altogether and just focus on the events on Cray. To be honest, I think it would be more fascinating. There’d be swords and lasers, an alien invasion with actual lasting harm, not just turning a specific demographic of the human race into zombies, and a shit-ton of world building in the process.

So there you have it. Only watch the show if you want some insight on new toys coming out, because the premise is frankly a bit dumb. Not least because I don’t see how all that physical exercise like stretches on a beach or carving shit into a rock would help you sack better cards later. The reality is that Training Montages for Vanguard would involve sitting at tables.