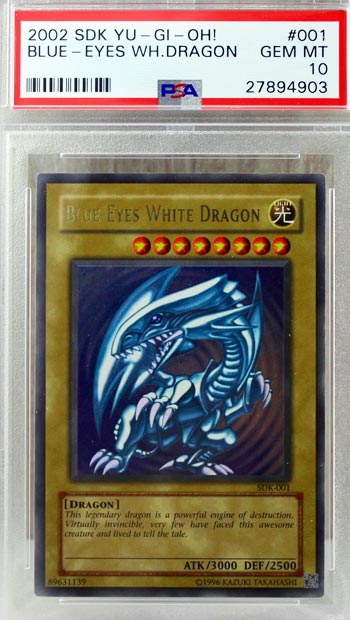 You will see multiple versions of Charizard in our Top 25 Pokemon Countdown.  And you will see multiple versions of Blue Eyes White Dragon (BEWD) in our Yugioh countdown.  This the first BEWD to make it to our list.  This card isn’t even a first edition, and it still came in at #21.  It is 15 years old at this point, and I don’t think a lot of kids of kept their BEWD’s mint back in 2002.  I think older PSA 10 BEWD’s have room to grow in value. 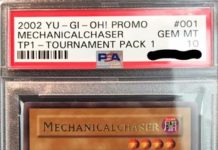 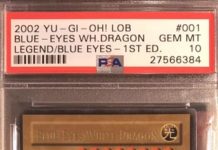 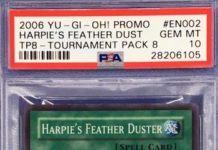