Home Featured Articles Under the Summer Stars: A Gameplay-Free Throne of Eldraine Review

When I was in junior high school, I read T.H. White’s novel The Once and Future King (actually the compilation of four sequentially-linked novels based on Thomas Malory’s Le Morte d’Arthur, namely: The Sword in the Stone, The Queen of Air and Darkness, The Ill-Made Knight, and The Candle in the Wind). Its sad and tragic elements were very heavy on my still-forming mind, and I didn’t fully understand its themes until much later, but I’m glad I read it then. It is a masterpiece in itself, and a comprehensive and accessible introduction to a true cultural pillar. The reason it’s often hard to point at one thing derived from the mythos is because it has suffused the Western world to the point that Arthur is effectively omnipresent.

Magic, as so often happens, is late to the party, but late is better than never. I’ve only had Throne of Eldraine cards in my hands for some short weeks, but I’m going to commit myself and say that it’s the best thing Magic has ever done, and it is likely to remain so. 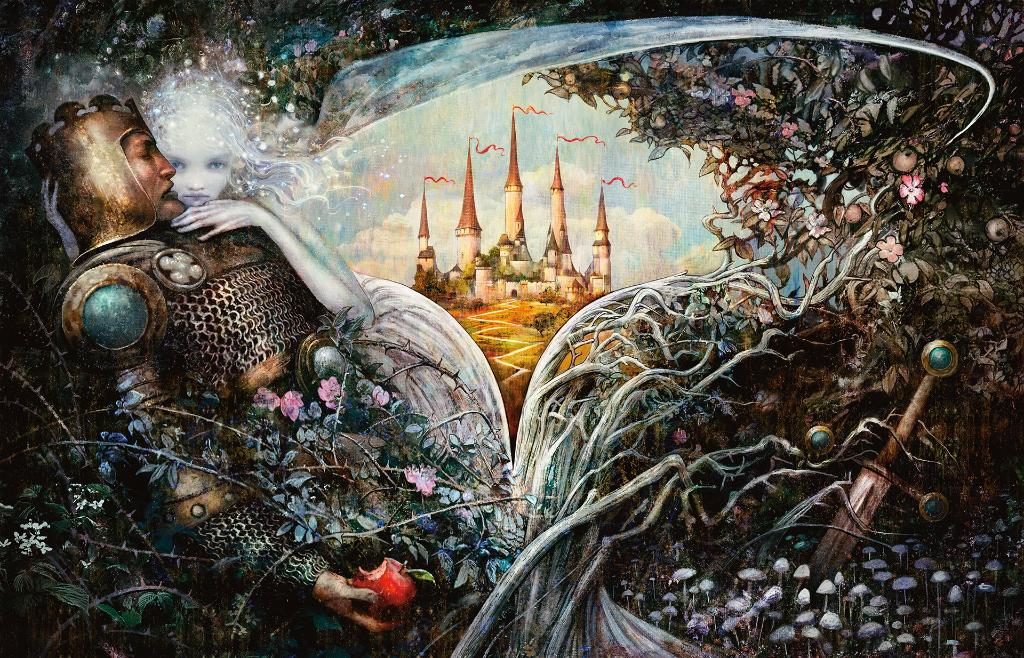 The fact that Magic somehow avoided doing a block or set with specifically Arthurian and fairy tale themes for twenty-six years is absolutely baffling. These are among the foundations of English-language fantasy, perhaps the critical ones. This could easily be the theme to which Magic returns every four to five years, the way it’s done with Ravnica – or it could be a theme Magic revisits even more frequently.

Eldraine’s themes are closer to what we think of as “vanilla” fantasy than Magic has used in recent years. It’s also closer to the kind of thing that many authors have consciously tried to avoid in the name of originality or novelty. Both of these are worthy goals, but neither is incompatible with taking advantage of the power of something like Arthurian themes. Iterations, retellings, and adaptations are integral to the Arthurian legendarium. Our modern popular versions owe much to Le Morte d’Arthur, but Malory’s retelling does not encompass all of the existing stories about the Round Table and its characters. Some are more obscure than others, and some cover different events from the famous ones. Some put different characters at the center, and some find slightly different lessons in the famous events and quests. People have been adapting Arthuriana to fit their own context since the very beginning, and Throne of Eldraine is another point in that long-lived continuum.

While other sets have flavor and lore that belongs more exclusively to Magic, there are few that have the emotional impact of Throne of Eldraine, and none that impact you for the same reasons. New Phyrexia is by far Magic’s most frightening set, and it hits you like a horror movie; it portrays the impact of Phyrexian atrocities and the callous destruction of Mirran cultures without blinking, and you almost feel like you have blood on your hands when you cast one of its spells. Eldraine is less outwardly confronting, but its suffusion with the themes of Arthuriana and fairy tales makes it feel much deeper. Its themes are love and grief, courage and fear, hope and disappointment – in other words, life.

Any Magic set will let you build a strategy, express a style, tweak your numbers, and execute a gameplan. Only one will connect you with ancestral memories while you do those things. Throne of Eldraine is filled with images and metaphors direct from the cultural spring where the light of Camelot and the darkness of the Schwarzwald well up within us. 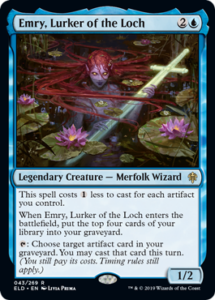 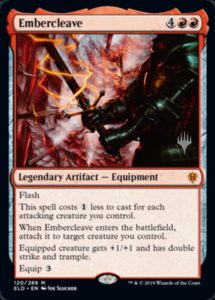 Eldraine is notable for what parts of the source material it directly portrays and which it avoids. For example, it has a clear Lady of the Lake analogue in Emry, but no explicit Sword in the Stone analogue and one arguable reference to Excalibur (Embercleave). While this could be a design or development issue, it also suggests that there could be a long-term plan in mind. A theme often expressed in Arthuriana and fairy tales is the passage of time and the way it changes people and their perspectives. This question underlies the structure of The Once and Future King; the tone and even the genre conventions White uses shift gradually over the course of the story. We watch the characters grow from young and naive, to mature and energetic, to old and weary and yet “balanced”, as White himself describes it.

Perhaps Wizards of the Coast perceives the potential Eldraine offers for future sets. Mark Rosewater has stated that the various returns to Ravnica have failed to innovate on Ravnica; the history of the Arthurian legendarium and the corpus of fairy tales suggest that will not be a problem with this world. The source material lends itself to revisitation, re-interpretation, and reinvention. And in addition to the evergreen cultural relevance, I see a curious parallel between the aforementioned themes of The Once and Future King and the journey that many Magic players experience. 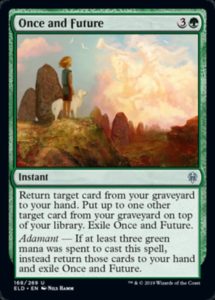 Many of us are drawn into the game by the art and the flavor elements, and start skimming over them once we “git gud” and learn how to count card advantage; many of us try to win the Pro Tour, fail because obviously the nature of something like the Pro Tour is that most people won’t win it, and start to find the numbers a little empty; and many of us realize at that point that we’ve come a long way but it’s perhaps not too late to pause and breathe.

You can return to your starting point, though you’ll never again see it with new eyes – you’ll see it through everything you’ve learned, but perhaps you’ll have a better understanding of what it is and what it might yet be. Dominaria was Magic’s homecoming in terms of its own lore, and Throne of Eldraine is its long-overdue cultural homecoming. It will only be in Standard for a limited time, but its bigger message – and I pray we listen carefully – will follow us throughout the planes.