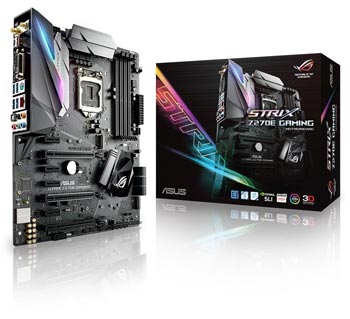 When building a PC, the motherboard is the choice which leaves the most room for error.  Your other parts all need to be compatible with the motherboard, or the computer won’t work.  As a general reminder, it is recommended to update your BIOS to the latest version to get the full software support and to fix possible issues.

The optimal price range for a motherboard is typically $75-125.  Of course, certain chipsets with very limited options may be a bit more expensive due to supply and demand.

In some cases, you’ll be able to find a $50 motherboard which does everything you need it to and some people may benefit from a $150+ board.  However, cheaping out may result in regret and investing in a high-end motherboard usually doesn’t translate into real-world performance results.

For beginners, the easiest way to settle this out is to view lists of successfully completed builds and see what motherboards they choose to pair with their motherboards.

Motherboards have a maximum supported RAM speed (i.e. 2400 MHz, 3000 MHz), although some allow for higher numbers with overclocking.  In most cases, this should not be an issue unless the CPU you are using benefits from a high RAM speed and you are buying high-speed RAM for it.  However, having the fastest RAM offers negligible benefits and even “slower” RAM is fast enough for most people.

Motherboards have a limit on maximum RAM capacity (usually 32-64 GB).
99% of people don’t have to worry about needing to exceed that.

One of the main differences between form factors are the amount of parts which could be added to them.  Of the 3, ATX supports the most and Mini ITX supports the least of the 3.

The following table is a general overview, on average, on what each form factor supports:

Having more RAM slots allows the option of using a higher number of lower capacity RAM to achieve the amount they want.  For example, with an ATX board, you can buy 2 4GB sticks and then add in 2 more.  With smaller boards, you will need to buy larger capacity sticks from the get-go.

PCI-E slots are for graphics cards, sound cards and wifi cards.  The majority of people don’t need more than one.
* If you’re a very hardcore gamer that wants a two-way SLI graphics card setup, then definitely go for ATX.  Otherwise, it won’t make a difference for anyone else.
* Many audiophiles and musicians prefer external USB sound cards over PCI-E based sound cards for multiple reasons.
* Wifi cards (in the PCI-E slot) are a good option for those who do not use an Ethernet cable and find USB wifi drives or integrated motherboard to be of inferior quality

Which form factor is best?

Which form factor should you go with?  ATX or MATX or ITX?  None of the three are inherently better than the others.  Larger motherboards have more expansion slots (RAM, PCIE, Storage) but not necessarily more features (Wifi/Bluetooth/Overclocking/etc).

The vast majority of people can game and create content perfectly fine with Mini ITX.  Most people, and even most enthusiasts, don’t use two graphics cards and a whole fleet of hard drives.  If you want a compact PC, Mini ITX is the only way to go.  Micro ATX builds end up only being slightly smaller than ATX ones.

One important factor is price.  With certain CPU’s, Mini ITX motherboards can cost $40-50 more than Micro ATX and ATX boards which offer the same features.  (It’s still a niche market, so prices can be higher).  If you’re on a limited budget, just go with whatever size is cheaper.

Quality of software is not always objectively measureable.  The best way to judge this aspect would be to watch videos or read reviews.  Especially if its your first PC, you want to avoid a motherboard with a BIOS that’s notoriously frustrating to work with.

First, you need to check how many fans the motherboard can support.  Smaller and cheaper motherboards might only support 1 or 2 case fans.  If you want more, you can always order a fan splitter online for <$5 which lets you use two fans in one slot.

Second, keep in mind that not all fan inputs are controllable.  Yes, a motherboard may have two fan inputs, but if only one them is controllable, you won’t be able to control all of your fans.  This is particularly important point for those who want a quiet computer

Many motherboards come with a wifi chip inside.  These wifi chips are not the best of quality, but they’re fine for most web-browsing and non-competitive gaming needs.  However, not all motherboards come with wifi. If you’re planning on using Ethernet for internet, this is no issue.  However, if you do plan on using wifi and your motherboard does not support it, you will either need to get a USB stick adapter (which should work fine for most people) or install a wifi card to the motherboard (which is more expensive but more reliable quality).  Buying a powerlink adapter is also a possibility.  Many motherboards don’t come with bluetooth unfortunately.  If not, a cheap USB adapter will do just fine.

Many boards come with USB-3 ports, which offer much faster transfer speeds than USB-2.  However, the most newest motherboards tend to come with USB-C (3.1).  USB-3 is already extremely fast in transferring files, but USB-C is compatible with many new and upcoming portable devices for fast-charging.  I recommend paying a little bit more for a board with at least 1 USB-C port.

Before building, I thought I would only need 2 or 3 USB ports, but I’m thankful I got a board with at least 8.  My mouse, keyboard, audio interface, thumb-drive storage, external hard drive, wifi dongle and bluetooth dongle already take up most of them.  Depending on your needs, you may also want to add other devices such as a game controller, MIDI controller, webcam and so on.

For newer motherboards, M2 ports exist for SSD chips (instead of 2.5″ SSD drives) which are mounted on the back of the motherboard; these are for increased speed and less bulk/cabling.  You can completely forgo a molex cable if you only have M2 SSD storage and no other drives.