Five years have passed since 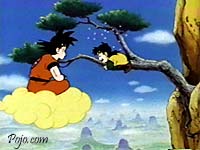 the 23rd Tenkaichi Budokai. A one-man space pod falls to earth, and a long-haired alien appears from inside, looking for someone named “Kakarrot.”

Elsewhere, Goku and Chichi have a spoiled son, Gohan, and have been living on Mt. Paoz. Just before a trip to the Turtle Hermit’s island to introduce him to Goku’s friends, Gohan cavorts with a hat-stealing saber-tooth tiger, falls into a river and unknowingly demonstrates a remarkable hidden talent 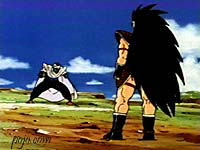 before Goku saves him

The alien encounters Piccolo, homing in on his strong power signature. Although he had been honing his skills in order to defeat Goku, Piccolo is overcome with fear before the terrible power of the alien — who suddenly locates another strong power signature and heads off in that direction

When Goku was sent here on earth, 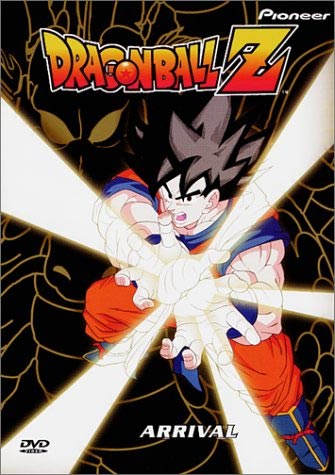 he was supposed to destroy all living beings that live here. Instead he banged his head on a boulder and lost his memory. He eventually became kind and good hearted. Raditz (Gokus brother) Came to earth and try to finish the job Goku left behind. Well, like always, Goku and piccollo teamed up and save the world from certain destruction. When Raditz came, he kidnapped Gohan (Gokus son). Goku went into an angry rage and set out to destroy Raditz and bring back Gohan. Piccolo joined him because he thinks Raditz is way to strong to fight alone. When they arrived at the place Raditz was hiding they immediatly fought Raditz. Well, after a few punches and kicks, Piccollo and Goku was down. Now, Goku lept up into the air to stall while piccolo was preparing for his ultimate attack, the Special Beam Cannon, which can destroy anything man-made. Goku on the other hand is preparing for his just as deadly Khameahameha. Raditz was on the ground laughing until his scouter blinked because of high power readings coming from piccollo and goku. He realized that the attacks they were preparing are far to powerfull to dodge so he ran like a baby. Just then Goku unleashed the first wave of heavy hitting as he launched his Kahmeahameha. Raditz dodged it with his hand almost frying his body. Then, piccollo unleashed his Special Beam Cannon. Raditz did a weird Matrix move on it and dodged it by a fraction of a second, destroying a mountain instead. Raditz became angry and did a fireball which Goku dodged but cutting off piccollos arm. Piccollo is preparing againg for another Special beam cannon. Goku is now fighting Raditz ALONE.

Meanwhile, Gohan, hidden in Raditzes Spacepod, breaks free, and in an angry rage, bashed Raditz in the stomach, wounding Raditz. Raditz now weak and tired from Gohans blow, Kicked Gohan and tries chocking Goku. Goku however, got a deathgrab on Raditz w/out letting go. Then goku sacrificed himself for the world and allow Piccollo to use his Beam Cannon on Raditz and Goku, killing them both. Why did Goku die you say, because if he didn’t use his deathgrab, Raditz would have dodged the Beam cannon. Piccollo is taking Gohan for training because he knows Gohan has extraordinary powers but doesn’t know how to harness it. Goku is now dead but he will come back because he wil get wished back from the dragonballs.

Thank you for reading. Alex Lan

THE ARRIVAL OF RADITZ

This episode is the very first Dragon Ball Z episode. It starts out when
Raditz comes down to Earth. Raditz is Goku’s big brother. Raditz goes
looking for Goku. He feels a power and thinks its Goku. So he flies over
looking for him and instead sees Piccolo. Raditz goes down and asks him if
he has seen a man named “Kakorot” (Goku’s real name).Piccolo sais no and
insults hime and they were gunna start to fight. Piccolo threw some energy
at Raditz and it didn’t affect him. Raditz senses something more powerful
and thinks thats Goku so he flies off.

Goku was looking for Gohan because they were gunna go to master Roshi’s
Island for a visit. They haven’t seen each other for years. So they fly off
when they get there they were shocked of Gohan because they didn’t know he
had a son. They notice the dragon ball on Gohan’s hat. Goku tells them he
has been collecting them for fun.

Goku Feels a strange power. Raditz was here. Raditz introduced him self as
Goku’s brother. They were shocked and at the same time they knew it was
true. Raditz explains to Goku that he is not from this planet but is from
planet VEGETA. Raditz sais he was sent to Earth to destroy everyone in it.
Goku gets mad. Raditz takes Gohan and before he goes he sais to kill 100
people by tomorrow. – DBZ Center

the sayins are a race that like nothing but destruction. Raditz was one of the sayins who was looking for his brother Kakarot otherwise known as Goku. Goku failed to destroy to destroy the planet so Raditz came to do so. Raditz eventually finds Goku and reveals that he to is a sayin. Raditz tries to force Goku into destroying Earth but he refuses. Out of anger from Goku not listening Raditz kidnaps his son Gohan and tells him if Goku doesnt kill 100 humans by tomorrow his son is dead. 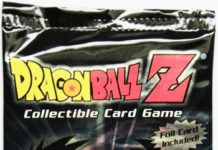 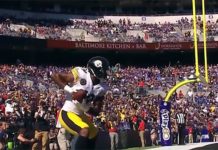 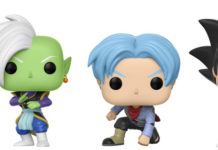