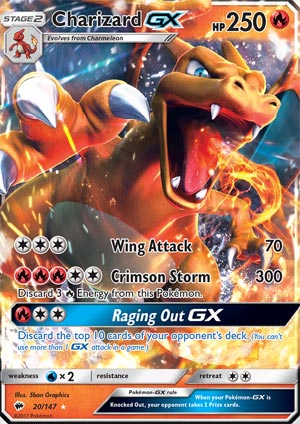 About six months ago, I did an analysis on attacks from my opponents.  I recorded how much damage they did (if any) to the active Pokemon, and if the attack included an effect that negatively impacted my side of the board.   I decided to replicate that study during the month of September.  This way we can all have an objective gauge of where the meta is at and get an idea of what to expect in this new Standard format.

Ground rules are pretty much the same as last time:

Here are the high level statistics generated from this study.  The following statistics include ALL data:

The following statistics include ONLY attacks that did damage to an active Pokemon.  If an attack did zero damage to the active, it was excluded from the following calculations:

Here is a list of the top fifty Pokemon by average amount of damage per attack with no minimums:

And here is a list of the top fifty Pokemon by average amount of damage per attack with a five attack minimum:

A list of Pokemon that attacked me the most and how many times they attacked me (minimum  10 attacks):

Here is a running total by percentage of damage done to the active Pokemon:

The number of zero attacks is the most frequent quantity of damage done to the active Pokemon, with 80 and 150 the next most frequent.  Just by eyeballing this, you can see that the vast majority of attacks do less than 160 damage, and very, very few attacks do more than 210 damage.

In conclusion, I hope that this analysis provides you with valuable information to think about.  I hope that you can use this information to help you better understand the game.  Again, all of this data is from matches played on PTCGO, and I understand that PTCGO is not the same as playing in a major tournament.  I am finding that about half of the matches I play on PTCGO are against “meta” decks.  Whether you’re an IRL player or a player who exclusively plays online, this analysis provides at least a basic framework to help you improve your win percentage in the Pokemon Trading Card Game.