After BitConnect lost 90% of its value overnight and the company’s exchange closed, it basically confirmed to be what many of us have said from the start and what a small niche of people refused to accept: a total Ponzi scheme.  Whenever scam coins implode, it’s unfortunate to (but does not reflect on) the dozens of great coins out there.

1) If there’s a bunch of hype on internet from strangers about how fabulously rich you will get by getting it, it’s suspect.

2) If it involves signing other people up to buy the coin so you gain more interest on it, it’s suspect.

3) If the coin’s website does not show who the team members behind it are, it’s suspect.

4) If you go to an online community full of yes-men who will refuse to accept any criticism about the coin at all in a herd-like fashion, it’s suspect.

5) If a coin can only be accessed through the exchange the company developing it and not on any other exchange, it is suspect.

6) If a complete stranger is messaging you and trying to promote you buying the coin, it is suspect.

7) If the coin does not have a roadmap and/or whitepaper on the website, it is suspect.

8) If the coin’s developers advertise it’s money-making capabilities rather than its technology and what problems its solves, it is suspect.

9) If the coin’s website makes incredibly bold and grand claims without having much physical product or infrastructure, it is suspect.

Overall, there are people that want to get rich quick by investing in the “one magic coin” that will “give them a lamborghini someday” but these coins are gambles at best and total ponzi schemes at worst.  Investing in coins that actually intend to provide a service that makes peoples lives better (rather than just being an empty pump) is not only the ethical thing to.  It’s the smart thing to do. 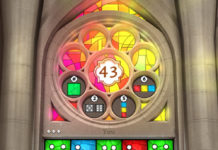