Most Valuable Yugioh Cards of Countdown 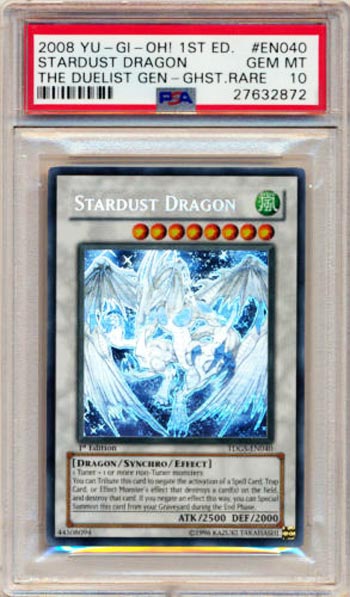 A Ghost Rare from “The Duelist Genesis”.  Ghost rares have funky holographic artwork where the characters appear almost ghostly when you twist the card around.  Ghost rares are the rarest cards in each set, and can fetch a pretty penny, especially when graded PSA 10.  There are only 5 of these in the PSA Pop Report Database … indicating these are indeed pretty damn rare!  This particular card sold for $700 in November 2017.