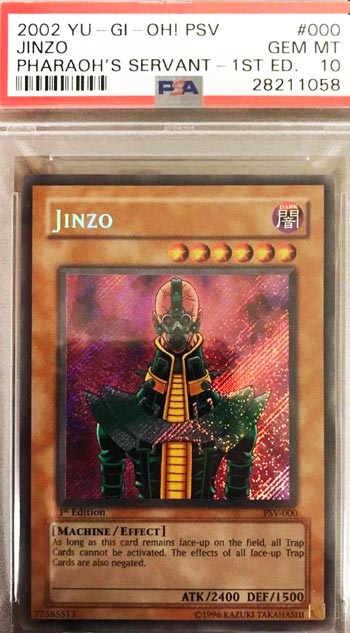 A Secret Rare from Pharaoh’s Servant.  This guy was a beast when he first came out, and there’s still some general love and affection towards good old Jinzo.  We’re hoping he gets a makeover in the near future.  In 2017, this copy of Jinzo sold for $750.  There are 22 of these on the PSA Pop Report now, but I have a feeling that numbers will go up in the near future.  A beautiful card with nice potential.