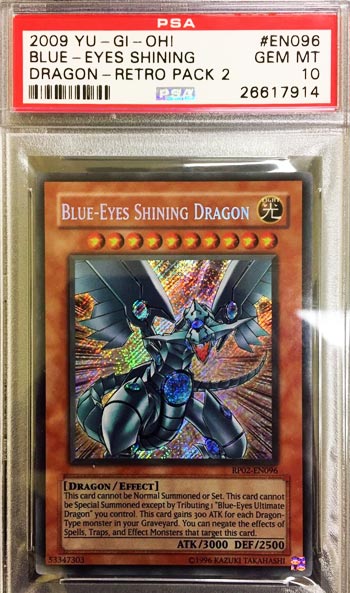 This is the 2nd card from Retro Packs to make our Countdown.  The first Retro Pack card on the countdown was Thousand-Eyes Restrict.  BESD is a secret rare card from Retro Pack 2, which was released in 2009.  Retro packs gave newer players a chance to collect older rare cards.   Blue Eyes Shining Dragon was originally released in a Movie Pack that was given to people who attended the movie “Yu-Gi-Oh! The Movie: Pyramid of Light”.