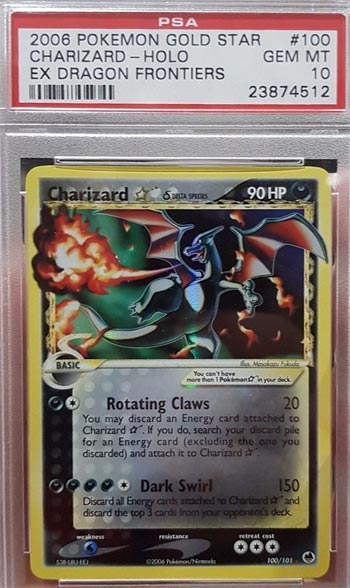 And yet another Gold Star Pokemon card cracks our Top 25 list. Gold star cards feature an embossed foil star next to the Pokemon’s names.  They also feature shiny/alternate color variants of the Pokemon.  Some parts of the Pokemon’s artwork usually stick out slightly beyond the art box.  Gold Star Pokemon are extremely rare to find when opening a Booster pack … only about 1 in every 72 packs or so.  This card sold for $5500 in December 2017.  Another PSA 10 sold for $4600 in November.  There are 47 of these PSA 10 Charizards out there according to the POP Report.