Home Featured Articles Yugioh vs. Magic the Gathering – What’s are the differences?

I originally wrote this article in late 2013 after having conversations with people as to why Magic players look down upon Yugioh.  I ended up finding many cultural and mechanical differences between the two games.  In 2017, I want to append this article by noting how much Yugioh’s mechanics have evolved over the years with Synchros, Pendulums, Links and so on.  Some Magic players still have the impression of Yugioh in it’s early 2003 of just simple beatstick monsters and removal cards, but it has really evolved into so much more:

How does one compare the two most highly successful card games, such Yu-Gi-Oh as Magic: The Gathering with each other? 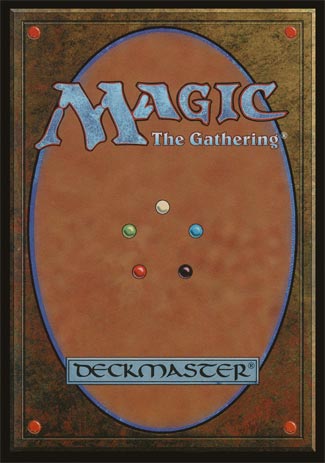 How can we not?

To begin, MTG began in 1993 and became the world’s first official collectible card game (CCG). Every single CCG out there owes thanks to it, especially as most of them borrow it’s mechanics. YGO came out in 2002 but caught up to MTG quickly nonetheless. Aside from Pokemon, no other card game has come close to their level of success, so perhaps a contest between the two isn’t all that irrelevant.

It’s the Tupac-Biggie debate of card games. Or, more precisely, it’s the Coke vs Pepsi of card games. Much like in a political campaign where the older politician touts experience while the younger one touts fresh new ideas, Magic: the Gathering has history and tradition to it. YGO established itself as the new craze.

Yugioh was a massive franchise with comic books, video games, television shows, movies and toys.  The media and merchandise promoted the game and the game promoted the merchandise.  Magic, however, has been mostly focused on the card game itself and the competitive tournaments (it relies on word of mouth and high cash prizes to incentivize playing).

YGO emphasizes accessibility (a.k.a. hear about it and jump right in) whereas MTG emphasizes taking initiative and learning the details yourself.

YGO only has an easy-to-follow forbidden/limit list and only 2 formats. MTG has multiple different formats (including set rotations as one of the main ones), a requirement that you must use lands (often they are near-half your entire deck) and color restrictions.

In YGO, you can make a deck with monsters of all types; in MTG you can’t. Konami intended YGO to be a game where you can just amass a bunch of cards, build a deck and duel immediately without roadblocks. It may be a bad one, but you could still do it. MTG makes you do more homework on the matter.

MTG is slow and methodical, whereas YGO is fast-paced, sometimes insanely imbalanced, but often explosive. YGO uses monsters as damage-absorbing sponges whereas MTG lets you strategically take damage to protect creatures which give you an advantage in the long-run. MTG requires resources called mana, which was excellent foresight compared to what YGO has become today. YGO has become a game of attrition due to hand advantage being able to fuel field advantage rather than the two being at odds with each other.

An overpowered card like Pot of Greed (Sign In Blood) in MTG isn’t that much of a because drawing those cards meant you couldn’t summon as much. Without the finer distinctions (1 mana vs 2 or 3 mana), YGO has been forced to impose punitive costs without smaller increments allowed. Tributing two monsters is way too much, but tributing one might make it a bit easy. The card Rising Energy is a good example. It would have been an overpowered card without a discard, but it’s a horrible card with it. Lack of a meaningful cost system has plagued YGO as cards have become more powerful.

Each Game Has a Niche

It’s been the perception (at least from what I’ve observed) that MTG is a more mature sophisticated game, but YGO is the fun (and often immature) one.  This could be a combination of both MTG’s older (on average) fanbase alongside it’s more complex gameplay.

MTG started earlier and has maintained it’s success, constantly getting an influx of more players. YGO started later but exploded as a fad and national phenomenon for kids. After the fad left, people who remained in love with it’s mechanics like me still stayed. The original players grew into adults, new adults are learning to play YGO and kids looking for fads these days are finding new things to do.

So, who wins. By influence and prestige, Magic.
By cultural phenomenon and sales, Yugioh.
Magic wins as a card game and Yugioh wins as a franchise.

As for mechanics, that’s purely up to you. It’s easy to be biased toward MTG because “well, it’s tradition…” but it also has strong balanced mechanics that help it maintain it’s success. YGO is less balanced for sure, but some may find the chaotic and less stable nature of it more fun for them.

We know Magic will endure, but will Yugioh?  I think so.  Every few years people say the game will decline in a few years and it never does.   CCG’s are quite young, being only 20 years old. They were invented before high-speed internet and smart-phones, so who knows whether they will adapt to technology or become a fad.

There will be new challengers (rising and falling) who go up against MTG and may dominate for a little while, but how enduring they will be or how consistent they will be is doubtful. CCG’s are competitive industry, and with two highly dominant games at the top, it’s hard to compete.  Yugioh, for example, may be dependent on its ability to have a TV show to attract new fans (hence all these past new seasons).  We’ll just have to see what happenes.