Home General Topics Review of a Franchise: Sonic the Hedgehog 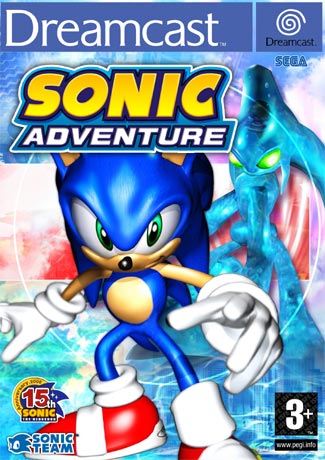 As a direct competitor to Nintendo’s Mario, Sonic the Hedgehog emerged as a gaming giant.  It’s a massive franchise with plenty of entry and mixed results.  At it’s best, I can praise its willingness to take risks, experiment and there are over a dozen great games this franchise has produced.  However, at its worst, it has produced games which are irredeemably buggy, clunky to control, frustrating to play.  The Sonic franchise is the definition of throwing play-doh at the wall until something sticks.  I do give praise to Sega for having the franchise constantly try out new things.

Central to both its successes and failures is the fact that the Sonic franchise lacks a core identity.  The closest thing it has to an identity is the fact that games involve moving at a high speed.  However, the early Sonic games moved at an even slower pace than the Mario games.  With the advent of 3D games, Sonic games faced a dilemma.  With blisteringly high speeds, it was even harder for players to make precise jumps with 3D platforming.  Limited camera angles also made some of the 3D games difficult to play.  Later Sonic games have tried other elements such as Wii controls for secret colors (which wasn’t very responsive), Lost World (a mediocre clone of Mario Galaxy), Black Knight (Sonic with swordfighting), Heroes (a racing game, which makes sense).

But there are a lot of things I like about Sonic.  His energy and attitude, first of all.  The colorful cast of characters.  The variety of levels.  The games themselves having the freedom to be random and silly.  As for my ranking of the franchise, this is where I stand (tiered – not ordered).  I have not beaten all of these games, but I’ve at least played them for an hour or two:

If only it had spent a bit more time working on its “okay” games and had completely avoided its pitfalls, it would have really been one of the best series.  But unfortunately, especially with the recent flop of Sonic Boom, it may always be remembered as the series with a wide dispersion in quality control.