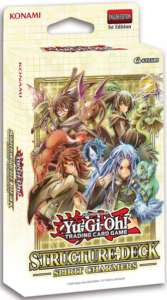 Get ready to be charmed. Hello Pojo Readers, Crunch$G here to tell you what you should know about the latest Structure Deck: Spirit Charmers release to the Yu-Gi-Oh TCG. In Europe, this Structure Deck had the regular release date of October 22nd, but the United States had to delay this Structure Deck until November 20th which means some of you might not be able to access the 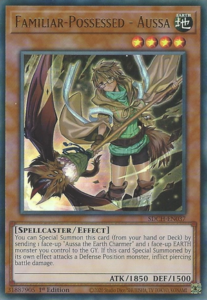 Structure Deck when you see this, but eventually both regions will have it. Either way, this Structure Deck supports the Charmer and Familiar-Possessed series of cards by adding new cards to the theme to try and make the Deck more of a coherent strategy than previously before. You still got the basic Charmers with the old FLIP Effects and the old Familiar-Possessed to be summoned from Deck, but you got new cards to summon from Deck and some new Spells and Traps to boost the strategy. Overall, let’s see how Konami did in producing this Structure Deck in the TCG. 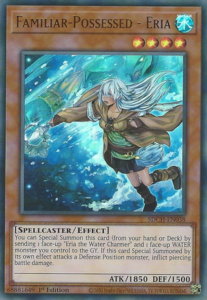 Now we aren’t use to Structure Decks not guaranteeing anything, but this one decided to be a little different. In the Structure Deck are 4 alternate artworks for the Familiar-Possessed monsters: Aussa, Eria, Hiita, and Wynn as well as 5 Tokens with different artworks with the Charmers and their shenanigans with their Familiars. Now you don’t get all 4 alternate artworks in a single Structure Deck nor do you get all 5 Tokens. You only get 1 of the 4 Alternate Art versions of the Familiar-Possessed monsters, and you also only get 1 of the 5 Tokens in Super Rare, meaning you’d likely have to get multiples of this Structure Deck if you want to get all the Tokens and alternate artworks, which it would of been nice to just get them all in 1 purchase, but it makes you want to purchase this more I guess. 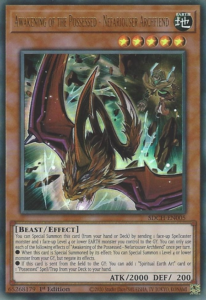 Now it’s time to discuss the new cards in this Structure Deck, as we’ve received 5 new cards to support this archetype. Awakening of the Possessed – Nefariouser Archfiend is a Level 5 EARTH Beast that can be Special Summoned from the hand or Deck by sending 1 face-up Spellcaster and 1 face-up Level 4 or lower EARTH Monster you control to the graveyard, upon Special Summon by its effect can revive any Level 4 or lower monster with its effects negated, and when sent from the field to the graveyard can let you search for any Spiritual Earth Art or any Possessed Spell/Trap from your 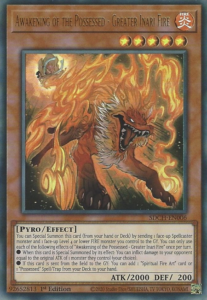 Deck to your hand. Awakening of the Possessed – Greater Inari Fire is a Level 5 FIRE Pyro that also can be Special Summoned from the hand or Deck by sending a face-up Spellcaster and a face-up Level 4 or lower FIRE monster from the field to the graveyard, upon 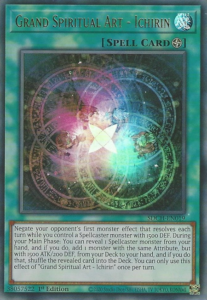 Special Summon by its effect can burn the opponent for the original ATK of 1 monster they control, and if sent from the field to the graveyard can let you search for any Spiritual Fire Art or any Possessed Spell/Trap Card from the Deck. Grand Spiritual Art – Ichirin is a Field Spell that once per turn will negate the first monster 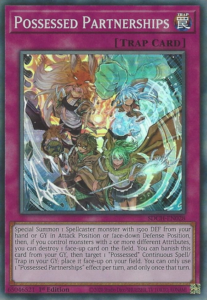 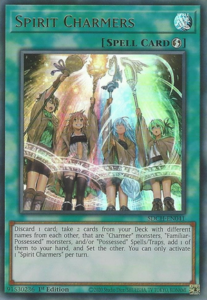 shuffling your revealed monster into the Deck. Possessed Partnerships is a Normal Trap that can revive a Spellcaster with 1500 DEF in Attack Position or face-down Defense Position and then it can let you destroy a face-up card on the field if you control 2 monsters with different Attributes, plus it can be banished from the graveyard to take a Possessed Spell/Trap in your graveyard and place it face-up on your field, with you only being able to activate 1 of this card’s effects a turn. Finally, Spirit Charmers is a Quick-Play Spell with a hard once per turn that lets you discard a card to take 2 cards with different names from the Deck that are Charmer monsters, Familiar-Possessed monsters, or Possessed Spells/Traps and lets you add 1 to your hand and set the 2nd card to your field. 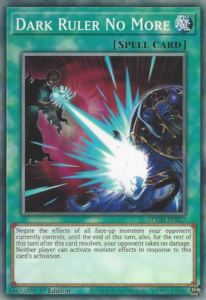 Now to take note of the reprints in this Deck, with of course you getting the four Charmers and the four Familiar-Possessed in their original artwork in this Structure Deck: Aussa, Eria, Hiita, and Wynn. That and you also got the Familiars that Special Summon themselves from hand: Nefarious Archfiend Eater of Nefariousness, Jigabyte, Inari Fire, and Ranryu. You also 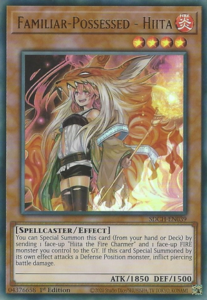 got Spiritual Earth Art – Kurogane, Spiritual Water Art – Aoi, Spiritual Fire Art – Kurenai, and Spiritual Wind Art – Miyabi. Finally for the archetype you got a few archetypal Spells and Traps with Awakening of the Possessed and Unpossessed in this Structure Deck. Outside the archetype you got monster reprints like the three Fairy Tails that aren’t banned (Sleeper, Rella, and Luna), Witchcrafter Golem Aruru, Dark Doriado, Witch of the Black Forest, Effect Veiler, and Denko Sekka. Some Spell reprints include Raigeki, Secret Village of the Spellcasters, Spellbook of Knowledge, Terraforming, Book of Eclipse, Twin Twisters, and Dark Ruler No More. Finally the Trap reprints are Metaverse, Dimensional Barrier, and Solemn Warning. 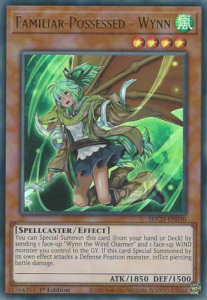 Overall, this does seem like this Structure Deck was flawed in execution. We only got 2 of the 4 Awakening of the Possessed monsters with the other two being in Phantom Rage or Dragons of Legend: The Complete Series instead of just being in here. The support doesn’t make you really able to make better use of the Charmer and Familiar-Possessed monsters and instead just keeps enabling the strategy of using the Familiar-Possessed monsters for their 1850 ATK and varying Attributes to use other support cards like the Familiars or the Awakening of the Possessed monsters. The reprints at least are good with a bunch of useful cards like Effect Veiler, Raigeki, Twin Twisters, Dark Ruler No More, Dimensional Barrier, and Solemn Warning. They did add Raigeki from the OCG version in exchange for taking out Evenly Matched, which would of honestly been a better reprint and could of helped this Structure Deck, but Raigeki is a fine replacement I guess even after being a tin promo in 2019. It’s a cool Structure Deck for Charmer fans, but I feel you’ll still need to wait a while longer for more support to hopefully eventually turn this into a coherent strategy to make a Deck around.