Home Featured Articles Why Yu-Gi-Oh! Players Have A Bad Reputation 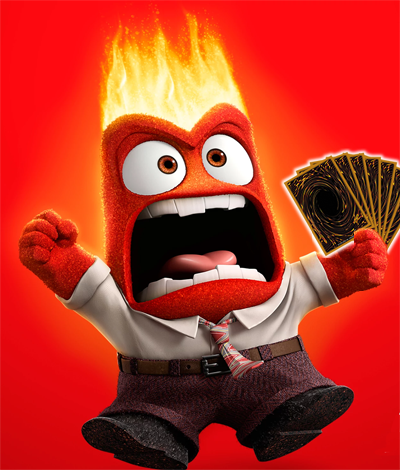 Numerous comic book store owners have told me that the Yugioh crowd has caused more problems for them than the other 5 card/board games they hosted combined, between the constant swearing, the stealing, the loud arguments, gambling, the cheating and the messes (food, pack wrappers, etc.) they leave behind.  I don’t doubt that.  Some said they wouldn’t host Yugioh if not for the fact that it was their most profitable game.  The owner of the store I most frequented eventually got fed up with all of the problems, had a meltdown, yelled at the Yugioh players and they stopped coming for a while.  But why is the Yugioh crowd like this?

The vast majority of Yugioh players are 15 to 25 year old males (you could say the same thing about 4Chan).  If you put them together in a big room for 6 hours, it basically becomes Lord of the Flies by William Golding.  In the book, a bunch of boys are stranded on an island and they regress into savage behavior.  It also becomes like high school, with cliques and outcasts, except the tournament organizers and store owners aren’t teachers or counselers ; it wasn’t their obligation to protect us.

The majority of players aren’t causing problems, but even if 1/3 of the players are immature and brutish, it can poison the entire atmosphere.  The toxic players are undeterred and the friendly players are driven away.

When I was 13, I was bullied a lot by other Yugioh players, punched, threatened to be beat up on the street, the list goes on.  I doubt Pokemon would have treated me this way.  Over 5 years of puberty, I gained a foot of height, 50 lbs, some muscle and better social skills. People were nicer to me, but the Yugioh community was still, on average, very immature and I distanced myself from it.

Look at the Pojo forums for example: the Magic and Pokemon sections are generally fine, but the mods are constantly banning cyberbullies in the Yugioh section.   When I was a mod, easily 95%+ of the complaints were about Yugioh players.

Bullying is unfortunately tolerated in many places because the toxic players keep doing it and the good players prefer to ignore it and to get involved in any controversy.

I think the reason why other card games have a better reputation and less problems is because they have a more diverse group of players.  The Pokemon crowd for example: 5-10 year old kids play it, as well as their parents and their older brother ; a fair amount of women play it too.  As a result, it’s a zone where brutish behavior and disrespect won’t be tolerated at all.  Magic the Gathering, being an original classic, draws in older crowds.  Men in their late 20’s, 30’s and 40’s have long outgrown teenage antics and won’t tolerate them either.

As I wrote in an older article for this site, the violent and sexual card arts appeal to the hormonal teenagers – not so much to women, or grown men.  The overall lore and atmosphere Yugioh itself hase been too cartoony for most older adults and perhaps a little too dark and racy for little kids, resulting in adolescents and young adult males mostly being attracted to this game.