First one of 2018! Hello Pojo Readers, Crunch$G here with another What You Should Know article, this time on another Structure Deck, the fifth installment in the Reloaded Structure Decks, and this is an odd one because the TCG never got the original Structure Deck, Wave of Light! This is a very fun Structure Deck, though I doubt it will have much competitive impact, it is still a good one. 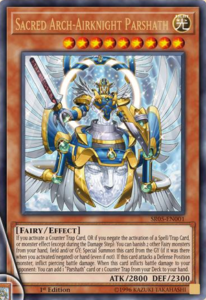 The only way to really play Fairy-type Monsters. We got a solid lineup of Fairy Monsters that helps the Counter Fairy playstyle. First off, the standard Boss Monster. It has very simple summoning conditions and can search for your Counter Traps or your Parshath cards, I will get to that. We also get a new Level 4 Fairy that searches for other Fairies when you negate a Spell/Trap or Monster Effect. Also, if you are playing The Sanctuary in the Sky, you got another Fairy that can recycle your used Counter Traps, which I will discuss The Sanctuary in the Sky in a bit. 😉 Also there is a new card meant to search your Herald cards so you can have hand traps along with the Counter Traps. 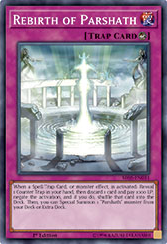 I am sure the Goat Format players remember and love good ’ol Airknight Parshath. Well now he finally gets a retrain in the aforementioned boss monster of the deck, which the boss can search for Airknight Parshath, but sadly he isn’t as great in 2018 as he was in 2005. We also get a new Counter Trap meant to work with Parshath Monsters, as it can negate a card and summon a Parshath from the Deck or Extra Deck, you know… the Sneak Peek Promo from The Duelist Genesis? We also get a new Continuous Spell that helps add your Fairies or Counter Traps back into the deck, not only that, but…

The Sanctuary in the Sky Retrain 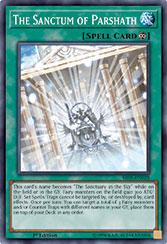 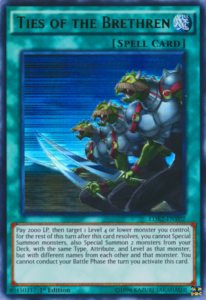 Anything not a core set usually has reprints, some of which are good, and this deck is no exception. Ties of the Brethern gets its first print since the Legendary Decks it was in. The Herald cards are in this deck, which are still solid choices for deck building, especially Herald of Orange Light. Hanewata is good if you use this deck against someone playing burn. Archlord Kristya gets another easily accessible reprint. Ultimate Providence is finally no longer just a Secret Rare. Solemn Warning is always great. Honest is always a solid card in Light decks, and this deck can search for it. Guiding Ariadne is always great. The new cards from the original OCG Structure Deck that ended up being Secret Rares in our Strike of Neos set are in here, though those aren’t too noteworthy. Drastic Drop Off got its first print outside Phantom Darkness and Duel Terminal. Overall, the reprints might not be mind-blowing, but they are solid overall. Good for Counter Fairy players.

This isn’t one of those meta defining decks, but it is pretty fun to play. If you are a Counter Fairy fan, this is the deck for you. If not, you might be able to skip this deck to be honest. If Counter Fairies aren’t your interest, the reprints aren’t too crazy for other decks. Solemn Warning has tons of other prints, which is the most staple card in the deck. Nothing else in the reprints is really staple, but if you really need them, they aren’t hard to get. This deck is purely for Counter Fairy fans only, nothing else beyond that. Not saying the deck is bad, but this is one that really won’t be for everybody.