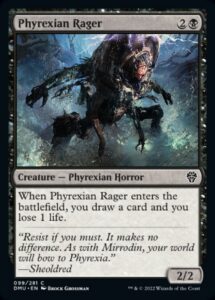 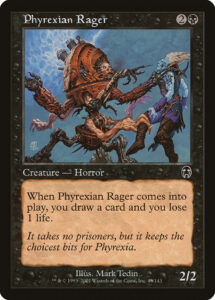 Okay, I’m kind of cheating by doing this. But believe it or not, there’s an actual point here. It is not correct to say that that we’ve never seen anything new or different from Phyrexia – Urabrask and his Quiet Furnace prove otherwise. But we are not seeing anything new or different from Phyrexia in Dominaria United. We already know the “we resemble but are legally distinct from H.R. Giger’s fevered visions and we are unstoppable and all will be one and resistance is futile (but not in a Star Trek kind of way)” schtick by heart. The corresponding “can the world’s quarrelling cultures put aside their differences and overcome the unspeakable evil of the Nine Spheres?” stuff was invented for Invasion, where the answer was yes, and brought back in Scars of Mirrodin, where the answer was no. Dominaria United has postponed its final answer until after The Brothers’ War, pending the results of Teferi’s big mission, so I guess you could count that as something.

You already know that I’m not a big Phyrexia fan, and you might be dismissing my words because of that. But even if you fancy yourself an acolyte of the Machine Orthodoxy, I would argue that there’s some cause for concern at how much of Dominaria United‘s story is pasted in from the Invasion block. And in general, why did they bring back the “apocalyptic war #196747” style of storytelling now, of all times?

Battlebond may not have been the most successful set in history, but it is a unique setting with actual innovative motivations and goals for its characters. Throne of Eldraine‘s story is a relatively simple quest narrative, but it knocks it out of the park when it comes to evoking the mood and the progression of fairy tales and Arthurian fantasy. While Strixhaven has a battle that almost destroys the university, it’s also effective at setting a scene where you can imagine small stories and ordinary lives taking place, and does not cause apocalypse fatigue for veteran players. Streets of New Capenna has a character-driven concept which manages to draw plot elements from crime fiction into Magic (jarring as it might be if you pause and consider that Elspeth has also killed gods). 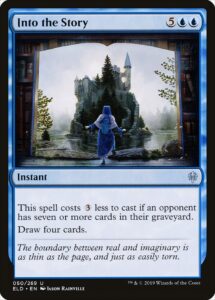 Every indication from recent years has been that Magic is learning, albeit slowly. Yet when we come to Dominaria United, there’s nothing in its story and little in its flavor that Invasion didn’t do before, apart perhaps from the things with Ajani. Does Wizards of the Coast consider “OMG apocalypse” to be Magic’s default mode of storytelling, or just Phyrexia’s? Either way, this myopia is problematic. The aforementioned fatigue is a real thing, and on top of that, you can write yourself into a corner. You can’t reasonably have Phyrexia’s plane-merging World Tree-stealing plot succeed, because you can’t stretch out a desperate resistance against the Machine Orthodoxy for the next thirty years. But your audience won’t take the current storyline seriously if it’s just like 196,746 they’ve seen before.

And other than the mentions of Urabrask’s rebels preparing to attack Elesh Norn and the description of the various types of Phyrexians’ differences in fighting style, the set barely makes use of elements established in the Scars of Mirrodin block. I really don’t understand this one, since they clearly put a lot of effort into that block. Was the evolution of Phyrexia the actual point, or just the shock value of tearing down a fan-favorite plane? Or, perhaps what we should conclude is that Phyrexia simply doesn’t fit the needs of the modern Magic story as well as we thought, or hoped.

I’m not saying it should be written off, or renounced. Phyrexia is part of Magic’s history and Magic’s history is important (that’s why they’re doing a set based on the Brothers’ War, and why that’s a good thing). But perhaps the next time they do a set with Phyrexian elements, they should take some time to consider how they can innovate on it. Scars of Mirrodin proves that it’s possible.

In spite of my issues, the spirit of Dominaria shines through in this set. The plane’s diversity is still appealing, and remains a mirror for Magic as a concept. Its energy and dynamism comes through in every splash of color in its art. It is just as filled with motion and excitement as our last visit in 2018, and there’s an element of high-fantasy heroism to much of its art. While that’s a staple of Magic (and numerous properties, for that matter), it feels novel after the divergence of the last few sets. In many ways, it reminds me of the art for Invasion and some cards in Odyssey. 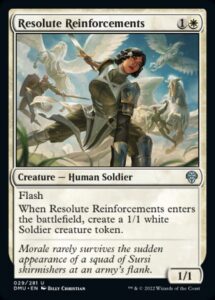 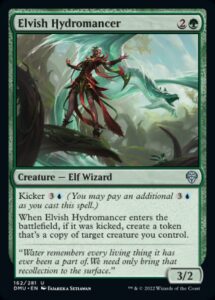 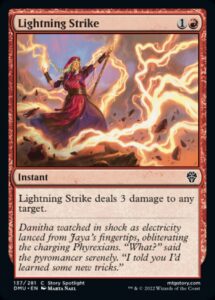 That diversity and kineticism and appeal makes it the sort of set you want to take time exploring. Yet in the time it took me to plan, write, and edit this article, Wizards of the Coast released Unfinity, the Warhammer 40,000 Commander decks, at least three Secret Lairs with wildly divergent content, a new Game Night box set, the divisive re-issue of Beta at Magic 30, and a new set of Pioneer Challenger Decks. Look back at our reviews here on Pojo, compared to the Dominaria United card lists. There are so many cards we simply didn’t get to, including ones with interesting abilities, cool art, and fun callbacks, because of the release schedule’s speed.

There is nothing that stops anyone from refraining from buying some or all of these products, but they have to know that the kind of player who will experience a nostalgic thrill from Dominaria United will likely feel they have to at least take a nominal look at the announcements for these. As things stand now, it’s easy to feel that sets like this don’t have enough room to breathe, or simply be.

Perhaps the competitive schedule has to change, and Standard operate in a different way – you may be raising an eyebrow at this, but it’s changed multiple times, as recently as 2017. Perhaps it’s not possible to make a hobby based around physical collectibles move at the same speed as Arena. Perhaps Wizards of the Coast needs to stop throwing things at the wall and seeing what kinda sticks, and note that Games Workshop and other companies have built a loyal (and freely-spending) audience by remaining true to a creative vision. Dominaria always works. It’s just too bad that it’s part of a Magic chronology that often doesn’t.