This PC build list is for imaginary extravagance rather than practical application.  Building this list in 2018 would cost an insane amount of money.  We can only hope that in 5 years from now, hardware will advance and a build like this would be available to many people.  The below list would the ultimate rig the most intense gaming and creative tasks. 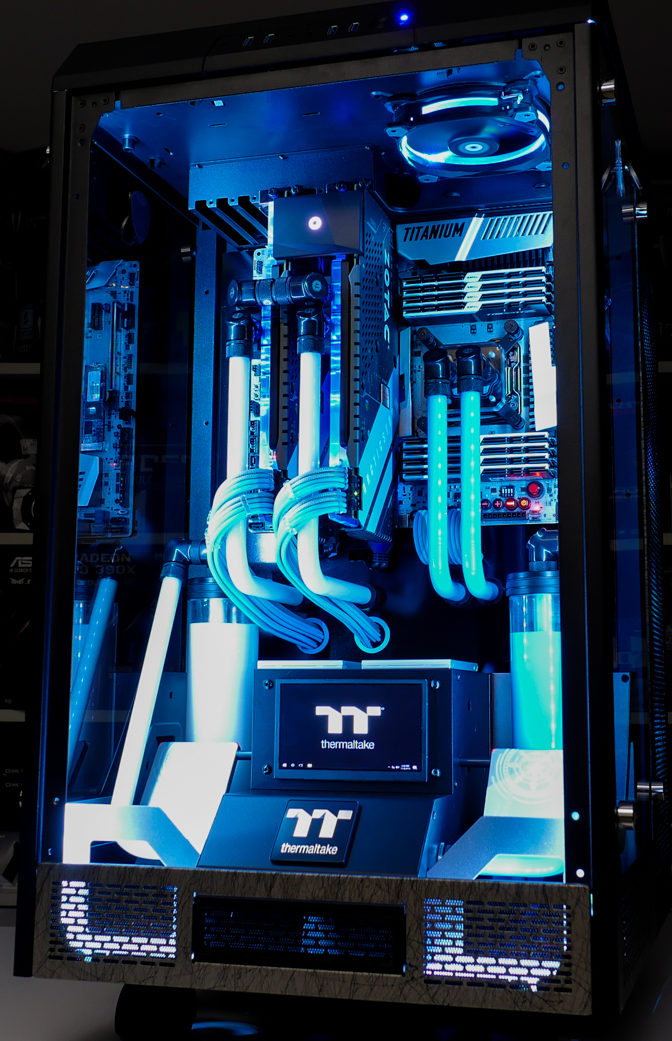 Wow.  This build has a CPU with 16 overclocked cores (32 threads), 128 GB of fast RAM, 4 TB of some of the fastest SSD storage available, 30 TB of hard drive storage, quality sound, reliable wifi, premium cooling (which can be controlled with a touch screen for either max performance or total silence).  4K video editing and workstation work would be a breeze.  This build would definitely handle 144 Hz gaming at high resolutions.  Every task between moving/installing files to browsing the web would be handled in a snap.  This build would also be large and generate a lot of heat under loads; Likely, PC’s with specs like this in the future will be more minimalist.