This is a combination of two short articles I wrote about Yugioh and technology over time.

Ban lists went from happening twice per year to four times per year (to not on a schedule at all).  Now the law and order of duel monsters is executed in smaller doses rather than large chunks at once.  With music, we went from consuming albums to consuming singles and snippets.  Video games like Halo 5 are being released in mutable betas.

Information is more accessible with the internet and social media.  It no longer takes weeks for everyone to catch onto what’s happening with the ban list.  With knowledge more pervasive than ever, ignorant players are proportionately less common.  I’m really not counting on ignorant players saying “You can’t use Dark Hole.  It’s banned” like they used to.

Ban lists are no longer sweeping like they used to be.  Unless there’s a case of a really broken meta which needs a strong correction, a significant ban list is less likely than it was before the internet age.  It’s best to keep expectations realistic.

Predicting technology is hard to do accurately and successfully.  15 years ago, the idea of a telephone with a screen for video calling sounded like an amazing idea that everyone would buy and fix to their wall.  I’m sure a lot of us imagined it would take a lot of time for this to happen.  But now we do it with smartphones and laptops instead.

Sometimes I think of what YGO will be like in 50 years.  Or perhaps framing this more appropriately, what it would’ve been like had it been created 50 years from now.  Will it survive that long even?  Who knows.  I’ve been wrong every 5 years about its demise. 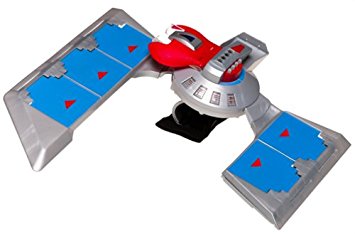 What about holograms?  Will Yugioh be played like it is in the anime, or will we conclude that to be a dumb idea in hindsight like the notorious Duel Disk toy?

Tablets and laptops are a far more convenient way to game than with cards, and this may be the future of Yugioh.  At the time, technology wasn’t there for Yugioh to exist as an appealing visual display on a screen so cards were an alternative.  But now, I wouldn’t be surprised if Konami is poised to make more digitally.  But when all physical social interaction is removed from the game, I would be a bit saddened.

Yugioh is becoming a niche.  Many comic stores are already abandoning it.  Some online communities exist but lack organization.  Eventually, young people will be onto newer trends and old people might be the core constituency for Yugioh.  Or maybe Yugioh might make a comeback (lots of young adults are fans of classic rock because their parents are).

With video games, a problem that some older games with a somewhat active niche fanbase (like maybe Unreal Tournament for example) is that it will be dominated by very skilled players.  As a result, it’s harder for new players to enter into it.  However, there are better ways to make games more even, such as playing retro formats that are easy for beginners to learn.

Whether it’s phone/tablet apps and websites like DuelingNetwork or an underground society of duelists preserving their cards with intent to rebuild civilization (a bit dramatic, much?), I am almost certain that the tradition will carry on in some capacity.