If you are not familiar with the term “Power Nine“, the term comes from the Magic: the Gathering (MTG) Trading Card Game (TCG).  The Power Nine is a set of nine cards that were printed in the game’s early core sets, consisting of Black Lotus, Ancestral Recall, Time Walk, Mox Pearl, Mox Sapphire, Mox Jet, Mox Ruby, Mox Emerald, and Timetwister.

The Power Nine are considered to be among the most powerful cards in Magic.  All nine cards were “rare” cards and were printed only in the Alpha, Beta, and the Unlimited sets in 1993 and 1994.  The Power Nine cards are all banned and/or restricted in the serious MTG formats people play.

In MTG, the values of these cards are extraordinary, and on the same level of Pokemon Base Set 1st edition Rares.  A Pristine Black Lotus sold in 2020 for $250,000, which is around the same price as a Pristine 1st edition Base Set Charizard.

This got me to thinking … “What would be the Power Nine of Pokemon?”  What are the strongest Pokemon cards of all time?  It has always bothered me that Base Set Charizard is the most valuable card in the Pokemon TCG, but that particular Charizard card actually kind of sucks competitiveness-wise.  In the Base Set, Hitmonchan and Electabuzz were way better for competitive Pokemon play, yet they are worth only 5-10% the value of what Charizard is worth pricewise.  I would assume there are less PSA 10’s of Hitmonchan, simply because he was such a staple in competitive decks, and Hitmonchan cards took a beating from hitting the table all the time. No competitive players were using Charizard.  I know my Hitmonchan and Electabuzz were always ready for a good sparring with another player.

And back in 1999/2000, we didn’t really know that 1st edition cards were going as desired as they are now.  It was a badge of honor to put as many 1st edition cards in your deck as possible in 1999.  These played cards were obviously no longer “Gem Mint”.  According to the PSA Population Report, There are 121 1st Edition Base Set PSA 10 Charizard cards.  And there are only 54 1st Edition Base Set PSA 10 Hitmonchan cards. Start showing Hitmonchan some love people!  He was the strongest foil in Base Set!

So, I decided to come up with my own version of the Power Nine Pokemon cards.  These are Pokemon Cards that I think people should be collecting based on competitiveness and strength.

Here are the rules I came up with for my version of the Power Nine:

Now, how do I pick the Power Nine Pokemon cards? I mean, who is going to trust my judgment?  The best I ever did in a Pokemon TCG tourney was to win a 120 person tournament in Chicago with a Rain Dance deck in 1999.  I never hit it big though.  My daughter was a stronger player than I was.  She played in a lot of competitive chess tournaments in grade school, and I think Chess and Pokemon have similar brain-crunching analytics.

So, I decided to enlist the advice of the the heaviest hitter I know: 3-time World Champion Jason Klaczynski.  Jason won the Pokemon TCG World Championships in 2006, 2008 and 2013.  He was also the U.S. Championship in 2015.

I asked Jason to write an article for our most recent Pojo Book – “Pojo’s Big Book of Pokemon – 20th Anniversary Edition“. Jason wrote an awesome 26-page article counting down “The Top 100 Pokemon Cards of All Time”.  Pick yourself a copy of this beautiful hardcover book from Amazon if you don’t have it yet!  It is not expensive, and will give you hours of reading pleasure.

So, I am using Jason’s article from the book as inspiration for the Power Nine, but I am tossing out all the Trainer Cards.  (10 of Jason’s Top 20 cards are Trainers by the way).

Let’s start the Countdown our of Pokemon Power Nine!

Jason’s thoughts: “Sneasel’s Beat Up attack was incredibly strong, able to use a full Bench and the damage-boosting Darkness Energy (Neo Genesis) to average one-hit KOs on 70 HP Pokémon. In fact, the attack was so strong that in the first Modified format, where Energy Removal and Super Energy Removal were not around to keep Sneasel in check, it had to be banned. Another underrated attribute to Sneasel was its free retreat cost, which allowed players to easily retreat to the card-drawing Cleffa (Neo Genesis) whenever needed.”

My thoughts: This is the first of several cards from the insanely powerful Neo Genesis expansion.  A 1st edition PSA 10 Lugia card from Neo Genesis recently sold for over $100,000, and Lugia essentially stinks for competitive play.  Sneasel here is not a holofoil, so that hurts its value tremendously.  PSA 10’s of this card can be had for just over $100.  That’s crazy cheap for a card this strong!  Raw copies can still be had for about $10 – for a 20 year old beast!  Where is the love people?

Jason’s thoughts: “Plenty of Trainer-limiting cards have existed throughout the game’s history, but never was disabling Trainer cards stronger than in the first years of the game, when decks played 30 or more of them. While future versions of Vileplume were typically aimed at disabling only Item cards, remember that in 2000, Trainer cards meant all Trainers, Stadiums included. The card also gained strength from evolving from a strong Stage 1, with Dark Gloom able to use its Ability to confuse the opponent’s Active Pokémon.”

Jason’s thoughts: “Claydol was the draw engine of just about every deck in 2008. As if drawing cards until you had six wasn’t good enough by itself, Claydol’s Cosmic Power had the added bonus of allowing you to place 1 or 2 cards from your hand to the bottom of your deck, allowing you to replace cards that weren’t useful at the moment with new cards.

My thoughts: Oh, this poor guy is a rare and he sells for less than the price of a Happy Meal these days on eBay.  And you can find Reverse Holofoils of Claydol for under $10.  There are also some sweet promo versions of this card as well.  And there is not a single PSA graded version of this card – except for a few of the promo cards.  This is the epitome of a hidden gem!

Jason’s thoughts: “Issued alongside three other promo cards at Pokémon: The First Movie, this Mewtwo quickly became the strongest attacker in the game. Not only was it fast, able to hit for 40 damage on the second turn, but its Energy Absorption attack made it virtually immune to the barrage of Energy Removal and Super Energy Removal cards that dominated early Pokémon. Another bonus? It one-hit KO’d the Psychic-weak Hitmonchan that had dominated the first year of the game.”

My thoughts: This card has a lot going for it collectability-wise.  It is a promo card, and it was very strong in the competitive TCG scene. You could get this card as a bonus for attending the movie, or you would get an alternate art version if you bought the DVD or VHS.  This Mewtwo goes for about $300 in PSA 10 form.

Jason’s thoughts: “Uxie allowed decks explosive first turns, and as a built-in bonus, it could use its attack to restore itself into the deck, where it could be retrieved to again use its Set Up Poké-Power. The card was used in every deck during the 2009–2010 season, allowing Pokémon-searching Supporter cards like Pokémon Collector to double as draw cards. As if all of that wasn’t good enough, it could also Level Up into Uxie LV.X and fetch even more cards from the deck.”

My thoughts: Only 5 of these Uxie cards have been graded by PSA.  You can find raw reverse holofoil promos for under $10.  That seems like a steal for a Pokemon Power Nine card.  😉

Jason’s thoughts: “When you compare Shaymin-EX to Uxie, it seems like Uxie was simply better. After all, it drew one more card than Shaymin, had a Level Up card, and it didn’t give up two prizes when KO’d. However, you have to remember a card is only as strong as the format it’s released in. Since Shaymin-EX exists in the same format as Ultra Ball, and doesn’t require burning your one Supporter card per turn to retrieve it, Shaymin allows for even more explosive turns than Uxie.”

My thoughts: This is the most recently released card on this Power Nine list, and there are 3 versions of this card available.  There is regular holo, and a full art holo, and an alternate full art version .  A PSA 10 recently sold for $50.  Over 300 Shaymin-EX cards have been graded by PSA, and the price is not exorbitant for this beautiful card.

Jason’s thoughts: “Mean Look—arguably the best attack in the history of the game—could strand a weak or Psychic-type Pokémon active, while Trainer-blocking Pokémon like Slowking (Neo Genesis) or Dark Vileplume (Team Rocket) could prevent Trainers like Switch from allowing the trapped Pokémon to escape. This allowed Murkrow to then repeatedly Feint Attack until the opponent’s board was wiped out. With Murkrow, no game was out of reach until your opponent had drawn their sixth prize.”

My thoughts: Another Neo Genesis makes our Power Nine.  This card was not made in a holo version, so its price is relatively cheap.  First Edition PSA 10’s sell for about $150. PSA 9’s sell for like $30. You can pick up raw versions of this card for under $10.  Yet another cheap killer card!

Jason’s thoughts: “A mistranslation from Japanese to English allowed Slowking’s Pokémon Power to function on the Bench, instead of just the active position, as originally intended. This otherwise unplayable card then became incredibly overpowered, as players could stack their bench with multiple Slowking to significantly reduce their opponent’s chances of successfully playing a Trainer card. The card would eventually be banned in 2003, but not before dominating events.

My thoughts: Yet, another Neo Genesis makes our Power Nine, and we’re not with Neo Genesis yet!  Finally, here is a card that sells for prices worthy of a Power Nine card.  A PSA 10 1st Edition has not sold recently, but PSA 9.5’s sell for over $2,000.  PSA 9’s sell for about $600.  This is a beautiful card for any collection.

Jason’s thoughts: “No card changed the game more than Cleffa. Since it was released, the card was used in quite literally every deck, in every format that it was legal (and most of the time, decks were maxing out at four). Able to draw a fresh hand of 7 cards for a single Energy, Cleffa negated the power of cards like Rocket’s Sneak Attack, which were aimed at crippling a player’s hand early in the game. The best strategy with Cleffa was to drop a Turn 1 Lass to cripple your opponent’s hand, while you use Eeeeeeek to draw a new one!”

My thoughts: Wow!  There are 4 Neo Genesis cards in the Power Nine.  Neo Genesis was such an underrated set for a long time, but collectors have recently been catching on to the value of this set.  The cards in Neo Genesis seem to be a bit rarer than cards in previous sets.  Cleffa unfortunately is not a holofoil, so it does not command high prices.  PSA 10 first editions can be had for just over $100.  Only 19 Cleffa cards have been graded by PSA, and only nine PSA 10’s exist right now.  Raw copies will cost you about $20.  That’s a bargain for the strongest card in the history of Pokemon! 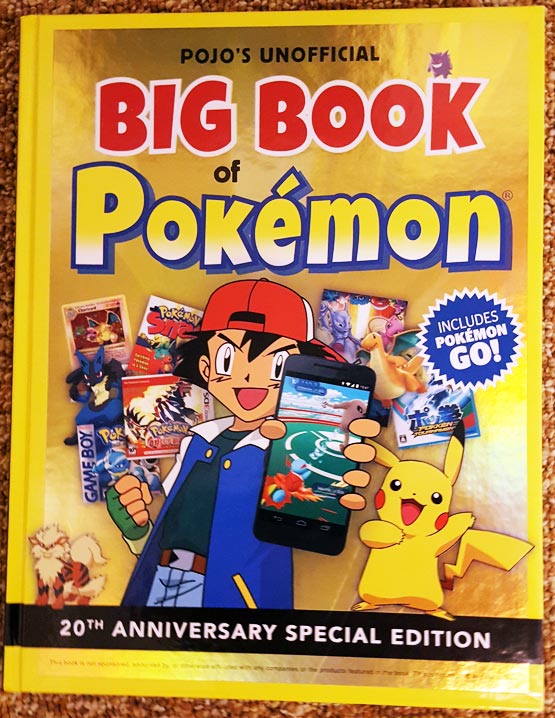 Here is a peek inside: