This format happened when Metal Raiders (the 2nd booster set) came out.  It was named Critter after Sangan (that’s his Japanese name).

How does this format play out?  There’s a lot of removal, but also Witch/Sangan to balance it out.  2 Heavy Storm’s keep people from overcommitting.  Defense monsters are strong.   You have to somehow predict whether a set monster is a recruiter (witch/sangan), or a defense wall, or a flip effect (mof/bug), a Masked Sorcerer that could plus off of you, etc 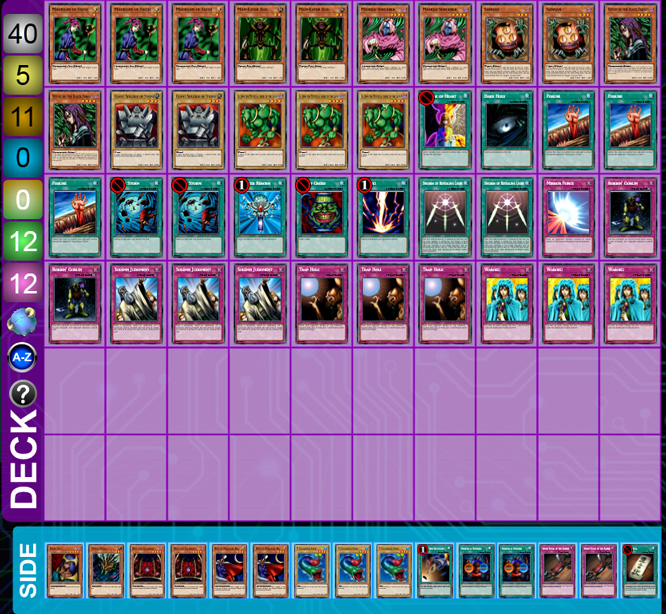 Masked Sorcerer, with so much monster removal in this deck, he can leave the opponent’s life points wide open.  At 900 ATK he slips under Trap Hole and at 1400 DEF it’s not safe for Sangan or Witch to attack him.

A lot of people back in the day ran 3 7 Colored Fish, but 3 La Jinn is enough.  But many of the best creatures are flip effects, Witch, Sangan, etc. which don’t really need too much brute force to kill.  Same logic with the exclusion of Summoned Skull (or cards like Dark Elf and Jirai Gumo).  There aren’t too many beefy monsters you need a 2500 ATK creature to run down anyway.

Man-Eater Bug would be an insane card except it loses value if the opponent only plays Witch or Sangan.  So it should be a 0-2 card.