There are a lot of things that initially draw me into Fortnite.  Free to play, for me and my friends.  Vast open world with diverse areas.  The crafting system sets this game apart from others in the genre.  The freedom to build whichever structures the player wants for mobility, verticality, protection, vision and other advantages in combat allows players to be creative.  As a result, it’s not just about which player has the best positioning, aim or reflexes, but also who can plan and manage their resources more effectively.  The loot and treasure aspect of the game also feels rewarding. The game’s art direction is beautiful; it’s a colorful fantasy world with an element of realism.  The visuals especially shine on strong PC’s, but the game is still playable even on mobile devices with integrated graphics.

As a battle royale game, 100 people battle and only 1 make it out alive.  How do we define who is “good” at the game?  Someone can do absolutely nothing but hide all game yet still place in the top 2-5, though that playstyle has a 0% chance of getting first place ever..  And that playstyle gets boring after a while.  As a result, players often instead go for a high risk high reward approach and immediately go in densely populated areas with the best loot and weapons.  The odds of them being seen by 5 armed enemies before even getting a weapon, and being one of the earliest to die are definitely there.  However, if you are able to get an early few kills and arm yourself, you can use that momentum to get in first place.  And it’s less time consuming to just die in the first minute and then keep re-queing until you win 1st place rather than dragging out a game in which you’ll have no means of winning.  The mix of stealth and outright combat in the game is enjoyable, as well as the contrast of a beautiful Zelda-like world with a bunch of armed assassins being surreal and entertaining. 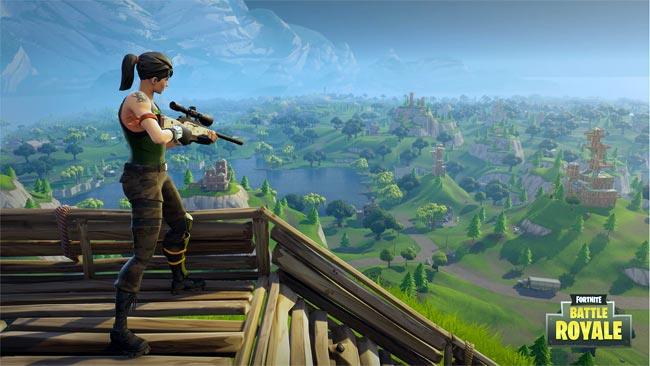 As much as I truly wanted to get into this game, the combat system itself is what put me off.  The guns in this game are very inaccurate and inconsistent.  Epic did this to prevent players from just sniping each other too easily and the game essentially becoming an iron-sights shooter like Call of Duty.  But in mid-range combat, this presents a lot of RNG.  It rewards people with worse aim and it punishes people with good aim.   Perhaps lethality could have been addressed in other ways (i.e. incentives to fire sparingly, disincentives for missing shots, more damage falloff, etc.).  I would also like to see more weapons that are less aim-dependent, but require smart positioning and resource management to utilize (i.e. flamethrower, laser beam, projectiles).  With this idea, even though players could get kills without aiming, they would effectively be zoning weapons and there’s absolute certainty when they will hit and when they will not hit.

Also, Melee attacks are surprisingly weak considering how high-risk they are.  In the early parts of the game, this means that combat is practically unviable players who haven’t found a weapon yet.  While getting melee kills on armed enemies should be very difficult even with skilled positioning, I don’t agree with it being near impossible.

It’s not the most sophisticated battle royale game out there, for those who like hardcore competitive games, but I like how this game is accessible to casual players, in both its availability/supported platforms and the fact that it gives enough space in between players to prevent it from becoming an iron-sights shooters.  Though, in thihs case, why put so much emphasis on winning with guns and why are they so imprecise?

As a result, it’s a game, for me, that I play on occasion for 15 minutes but not one I’m overly excited to play. 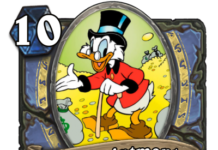