You can have Firewall Dragon back, just not yet. Hello Pojo Readers, Crunch$G here with all the information on the new Forbidden and Limited List. We were waiting on a list for a little bit now cause there were some problems that needed to be taken care of, and we finally got the list. The main question is if the list took care of those problems? Well let’s see. 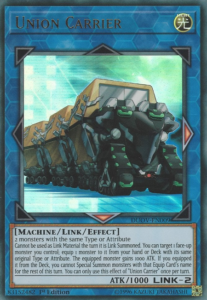 The first ban on the list is one that we could argue should of just been done last list instead of hitting a different card. Union Carrier is a pretty strong Link-2 that can open up some insane possibilities. For one, we had the Dragon Buster lock preventing players from using their Extra Deck. The infamous infinite-negate combo was possible with the Simorgh Link to use Apex Avian and Thunderbird. The most recent use was in Drytron to equip Dawn Knight from Deck to try and have it fall off after using Union Carrier as Ritual Material. Thankfully instead of hitting Dawn Knight, we hit the actual problem card and got rid of Union Carrier before it created more problems. This does hurt ABC, but only slightly in my opinion, this just takes care of a lot of degenerate possibilities that shouldn’t be allowed. 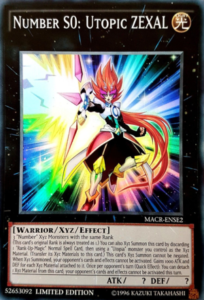 The next ban is one of two Xyzs that were known for preventing the opponent from playing the game. This one was the less relevant of the two, however, as the Numeron package did not take off as well in the TCG as we expected. With that said, we are impending on new Utopia support, and this support makes Rank-Up-Magics searchable just for summoning a Utopia, meaning you can quickly and easily summon Utopic ZEXAL. How good that would of done is unknown as the OCG banned ZEXAL before they got the new Utopia support, and now the TCG has done the same. It’s nice to finally get rid of a card that just makes a one-sided game.

True King of All Calamities 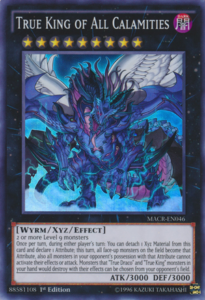 Now here’s the ban we all wanted for a long time now. Calamities was an insanely powerful Rank 9, the undisputed best one, that locked the opponent from playing the game just like Utopic ZEXAL did. Not only that, but Calamities had a base 3000/3000 compared to ZEXAL relying on materials for its stats and Calamities turned off attacks, making it near impossible to get rid of. Calamities at least only stopped monsters while ZEXAL stopped everything, but that didn’t make it any more fair. With Calamities gone, the best Rank 9 in the game is so far down in power level compared to what we had here and it feels refreshing to not have to worry about seeing Level 9s anymore. 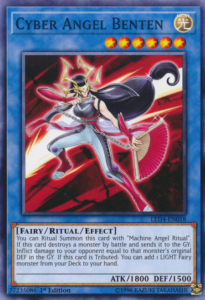 This one is a little unfortunate for me, considering how long I wanted the Cyber Angels to be printed. With that said, it was kind of a design oversight to not make Benten’s search effect they added from the anime not a hard once per turn. It created a lot of abuse for Drytron since they kept tributing their Rituals to revive themselves and generate more advantage on top of the tributed Benten. Benten going to one now lowers the ceiling of Drytron on top of the Union Carrier ban, but something could still work with the archetype. They still got the new Rank 1 coming soon. I just hope one day we can hit Drytron directly and bring Benten back to three in return. 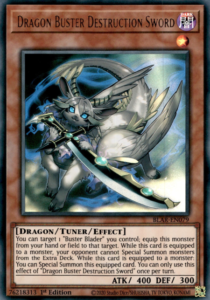 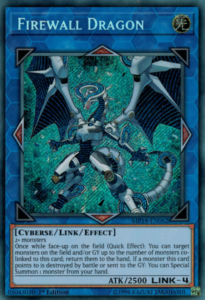 Now we get to an interesting part of this list. Firewall Dragon is finally back, but there’s a catch. First off, it’s going to receive an errata as we known from the OCG. For the first part, both effects have become a hard once per turn, something that should of been put on the card to begin with. The second part only affects the summon from hand effect, where now the monster summoned from hand when you trigger the effect has to specifically be a Cyberse monster. I don’t know if that was necessary, but it makes the card less generic. It’s still good in other Decks for its bounce, but its ceiling is at its highest in Cyberse strategies. The thing is, you have to wait until April 14th to use it. That’s because Ghosts From the Past releases on that day, and that’s where the Firewall Dragon errata will be printed at. I guess they didn’t want to update the database for a card that is a month away from a proper errata print and they weren’t evil enough to let us play with pre-errata Firewall at 3. We’ll see you April 14th, Firewall Dragon. It’ll be interesting to see what you do.

The Phantom Knights of Rusty Bardiche 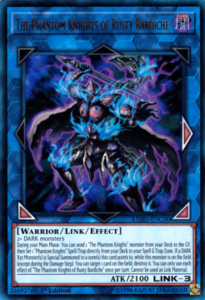 This came back to one not long ago, and now it’s at three. It doesn’t really matter, though, because you’d only realistically use 1 Rusty Bardiche anyways. We had higher expectations for Phantom Knights to do well in the meta, but sadly that didn’t come to light. This new list might help make Phantom Knights more meta relevant, but three Rusty Bardiche doesn’t matter. You especially lose a potential combo to get to a Rank-Up-Magic and summon True King of All Calamities due to his ban, but Rusty Bardiche allows for some good stuff with Phantom Knights. It probably should of just been at three in the beginning since it doesn’t matter. 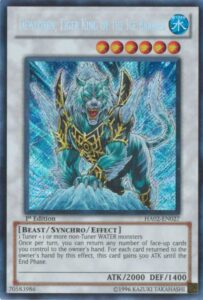 Now for a second errata, one that has been printed already. Dewloren is finally back to three after all these years, but with a catch. It has now become a hard once per turn for his bounce effect. This basically kills any loops that Dewloren facilitates. It’s the second Ice Barrier Synchro to get an errata, telling you how powerful those cards are. It’s an errata we could of probably used for a long time before Dewloren was made broken again and had to be banned. Getting the errata now is good for the card to make it fair after all these years. I imagine there’s something good to do with this, cause self bouncing is pretty strong, but it isn’t going to be anything that can be considered unfair. 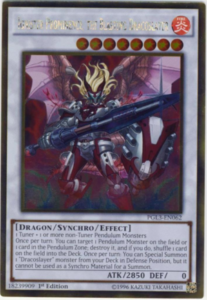 We got a Pendulum boost on this list, sadly it isn’t the one we wanted and it’s one of the most irrelevant boosts we could of got. Ignister Prominence is a strong Synchro for anything Pendulum related to use, the thing is the Extra Deck is very packed and you’d likely only use 1 Ignister anyways. The bounce to Deck effect it has is insanely good still and the fact it can still get a Dracoslayer from Deck can be good, but not anything to make Pendulums top tier again. Maybe they’ll use a second Ignister now, but I imagine they’ll only use a single copy. Maybe one day we’ll get the Pendulum cards we want back off the list so the Deck can start doing something again. 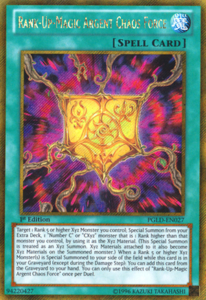 Now for the card banned several years ago due to ZEXAL. Argent Chaos Force is one of the best Rank-Up-Magics in the game due to it recycling itself, making it the best discard fodder to use with Utopic ZEXAL. Now with ZEXAL gone, we can have Argent Chaos Force back. The card won’t do anything really. The best Deck to use this in is Gimmick Puppets really, and that isn’t going to take over the meta. We might see Number C9 FTKs, but I don’t think those FTKs would do anything with this back. I’m glad to see this card back, though. It’ll allow for some fun Decks to be improved slightly. We should of just hit Utopic ZEXAL to begin with, though. 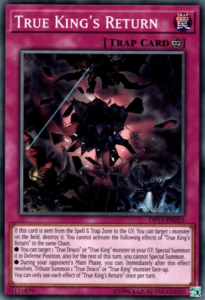 Last list it went to two, so you know the drill for situations like this. We now have True King’s Return back to three. True Draco wasn’t going to do anything with two Return, and it especially won’t do anything with triple Return. The card they need off the list is Dinomight Knight to make them more consistent, especially since we won’t see Dragonic Diagram come back to three or Master Peace come back in general any time soon. We instead got one of the most irrelevant boosts to True Draco that the archetype could of got on the F/L list with Return coming back to three. I guess enjoy? We could probably bring other True Draco cards back, though, mainly just Dinomight Knight.

Well at least they took care of the issues. Calamities takes care of Virtual World and makes them have to adapt while Drytron has to adapt to not having Union Carrier and just using a single Benten. Utopic ZEXAL being gone is good in general before we saw consistent ZEXALs hit the board. The cards they brought back won’t really matter sadly. Dragon Buster doesn’t really have that good of a way to be abused I don’t feel. Firewall’s errata might make @Ignister good when they get their support and it’ll make Code Talker better, but that’s about it. Argent Chaos Force is probably my favorite card to come back. Everything else that came off the list feels irrelevant. I wish more cards came back, there’s still several cards on the list that don’t belong anymore. Anyways, the problems are taken care of, so that’s a positive.