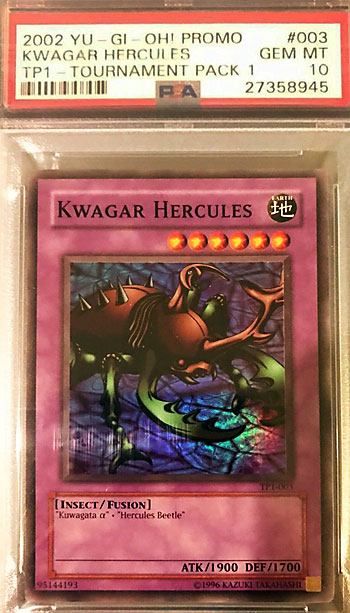 Kwagar Hercules was a Super Rare from Tournament Pack 1.  Tournament Packs were given out at various YGO tournaments.  TP1 packs had 3 cards in each pack.  Super Rare cards from TP1 are very valuable due to age and rarity.

Some quick notes on our rankings:  These are all cards you could have reasonably collected in the United States.  These are cards that appeared in booster packs, video games, leagues, tournaments and/or Starter Sets. Yugioh TCG fans/players could have plausibly obtained these cards through auctions, trades and/or blind luck pulls.  There are no “prize cards” or “error cards” on our list.  All values are based on actual sales of YGO Cards on eBay during the 3rd/4th quarter of 2017. Our Prices are mostly based on Professionally-Graded, Gem Mint cards, which are independently certified on their condition. Here’s an article on Graded Pokemon Cards if you don’t know what Graded Cards are. 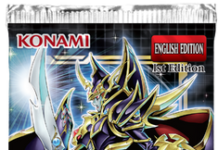 Yu-Gi-Oh Battle of Chaos – What You Should Know