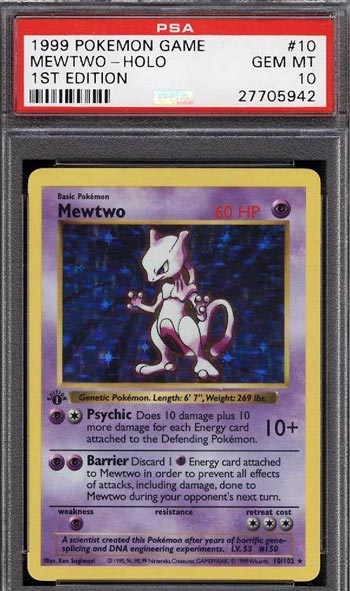 A beautiful Psychic card from the original Base Set. This first edition Mewtwo sold for $6100 in October 2017.  Another Mewtwo sold for $4500 in December.  First Edition Base Set Rare cards can command ridiculously high prices if they’re graded Perfect 10’s.

According to the PSA Pop Report, there are 66 1st Edition Mewtwo’s in circulation right now.