Home Featured Articles Yugioh Spirit Warriors: What You Should Know

I am back, back again. Crunch is back, tell a friend. Hello once again Pojo readers, it is I, Crunch$G here to tell you all what you should know about another new Yu-Gi-Oh product, this time on the Spirit Warriors set, which is officially released on November 17th, 2017 (my birthday :)). I am sure you get the drill, I am simply here to tell you about the most important things about this set, so lets get started.

To simply put it, this set supports three different archetypes and out of all of them, I think this is the one most likely to impact the meta the most. The first column archetypes are here in the TCG and both are well done in my opinion. The first one is the Magical Musketeers, who get effects when you activate Spells and/or Traps in the same column as them. To 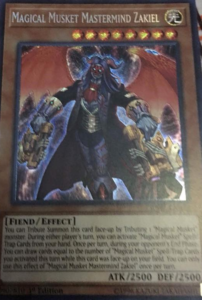 make this better, the monster line-up allows you to activate their archetypal Spells and Traps from the hand, which they have a solid line-up of. Overall, you got card removal, Spell/Trap negation, monster effect negation with ATK lowering to 0, doubling a Magical Musket monster’s ATK and DEF, card effect destruction protection, and GY banishing. Not only that, but the monsters can help get the Spell/Traps back from the GY or from the deck as well as searching the monsters, summoning the monsters back from the GY or from the deck, ditching a card to get two draws, a Pot of Avarice effect all from the monsters when a Spell/Trap of any sort is used in the same column, and it is a rare deck where you don’t have to feel bad for running Upstart Goblin in a 40+ card deck because it can trigger the monsters. The boss monster also lets you draw for every Magical Musket Spell/Trap used that turn, but it isn’t really necessary. Overall, the archetype is good, but it struggles with their monster line-up. Lose control of your monsters and it can become hard to comeback. The archetype did not become what some expected, but with more ways to get monsters out, this deck can reach Tier 1 status in an instant. Still, expect a few tops, if you can get the two short printed cards. 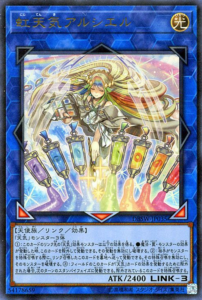 w archetype in this set, also having some meta potential, is The Weather Painters. This is another column based archetype in this set, more reliant on their archetypal Spells and Traps, but still a deck to not underestimate. The monsters are meant to get the Spells and Traps on the field, which those in turn banish the monsters in the same columns or nearby columns to get specific effects, and the monsters come back after being banished off the Spells and Traps. They also have a powerful Link Monster that can negate cards by banishing the monsters it points to as well. It isn’t easy to get out in the deck, but if you can get it out with some monsters Linked to it, then you can almost guarantee a win. Sadly, one of the decks best Main Deck Monsters is short printed, so hopefully it is still somewhat reasonable to get. 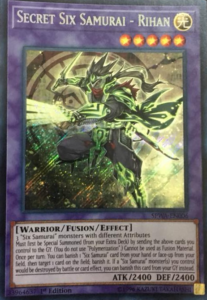 Not much here, to be honest. Heh, you got a holo reprint of Honest, which is neat. Gateway of the Six gets another reprint so the value of that card gets shattered since it did just come off the Forbidden and Limited List. Also a few other cards to help holo out your Six Samurai deck, including a Secret Rare Legendary Six Samurai – Shi En, which is still a great Synchro monster for the deck. Other than that, nothing else worth discussing in the reprint section since they removed Maxx ”C” and Upstart Goblin.

Yes, this is a good set, worth picking up if you are interested in the archetype. There will be small tops from the archetypes in this set, but I don’t expect any of them to define the meta any time soon, but I can see more support for these archetypes, especially Six Samurai, who’ve been getting support on and off for a decade now. 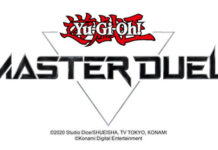 Yu-Gi-Oh! MASTER DUEL Is Available Today On Console and PC