Home Featured Articles Yu-Gi-Oh Structure Deck: Legend of the Crystal Beasts – What You Should... 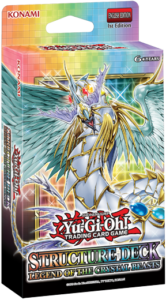 So what is really over the rainbow? Hello Pojo Readers, Crunch$G here to tell you what you should know about the latest Structure Deck, Legend of the Crystal Beasts. If the name didn’t make it obvious, this Deck does support the Crystal Beast archetype with several new support cards while also reprinting key cards for the archetype and other staples to help boost your strategy. Overall, Crystal Beasts got 7 brand new cards in this Deck alongside 3 Tokens for you to use. It’s a lot of Spell/Trap support mainly, with only one new monster, so let’s see how these new cards boost the archetype. 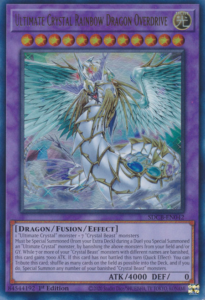 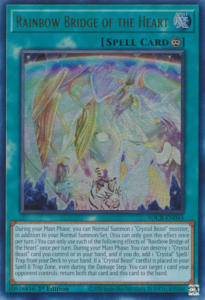 monster by banishing the Fusion Materials from your field and/or graveyard, gains 7000 ATK while 7 or more Crystal Beasts with different names are banished, and it has a Quick Effect if it hasn’t battled this turn to tribute itself to shuffle all cards on the field into the Deck and then lets you summon any number of your banished Crystal Beast monsters. Awakening of the Crystal Ultimates is a Quick-Play Spell that lets you reveal an Ultimate Crystal monster in your hand to use one of two effects, or you can use both in 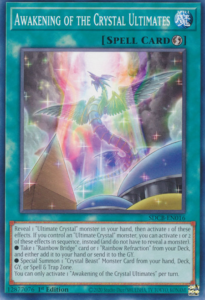 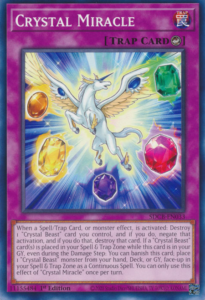 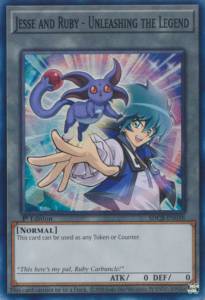 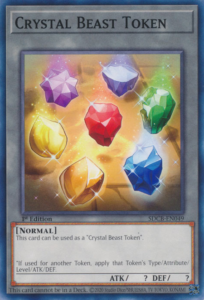 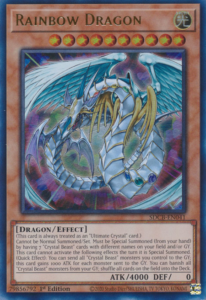 Now that we got through the new cards, we got to go over the reprints. Of course, you get most of the Crystal Beast archetype in here as we got reprints for Ruby Carbuncle, Amethyst Cat, Emerald Tortoise, Topaz Tiger, Amber Mammoth, Cobalt Eagle, Sapphire Pegasus, Rainbow Dark Dragon, Crystal Master, Crystal Keeper, Ancient City – Rainbow Ruins, Rainbow Bridge, Crystal Beacon, Crystal Blessing, Crystal Abundance, Crystal Promise, Crystal Tree, 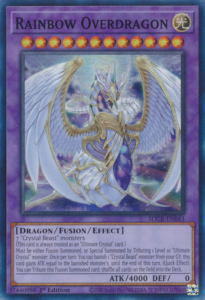 Overall, the support for Crystal Beasts is kinda nice. The new Fusion can help you finish the game off and the Spells and Traps are all decent. It doesn’t really fix the issue of the archetype, since the Spells and Traps were always pretty good in the archetype, it’s just the Crystal Beasts themselves weren’t all that great besides Sapphire Pegasus and Ruby Carbuncle, though the later addition of Crystal Beast Rainbow Dragon is nice. The reprints, however, are great, since besides basically the whole Crystal Beast archetype, you get some great staples like Dimension Shifter, Contact “C”, Ash Blossom, Ghost Belle, and Cosmic Cyclone just to name a few. If anything, the Structure Deck is worth it for the reprints alone, but Crystal Beast fans should enjoy the new support.