The World Electronic Sports Games (WESG) USA National Finals, which took place Nov. 9 – 11 in Huntington Beach, CA, featured the country’s top esports players and teams going head-to-head in CS:GO, Dota 2, Hearthstone, PES 2019, StarCraft II and Vainglory for a $200,000 prize pool. Winners will go on to represent the U.S. at the WESG Grand Finals in Shanghai in March 2019. WESG is a unique tournament as it follows the Olympic Games standards whereby players with the same nationality form a team to compete for national glory and a prize pool of $2.5 million.

The teams winning first place and moving onto the WESG Grand Finals include:

The individuals winning first place and moving onto the WESG Grand Finals include: 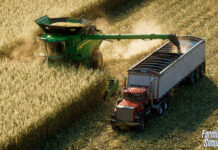