RENTON, WA – September 7, 2017 – During a special livestream event today, Wizards of the Coast revealed Magic: The Gathering Arena, an all-new free-to-play digital game that brings authentic Magic gameplay to gamers, streamers and fans around the world. Fans can sign up for the upcoming Closed Beta at PlayMTGArena.com. 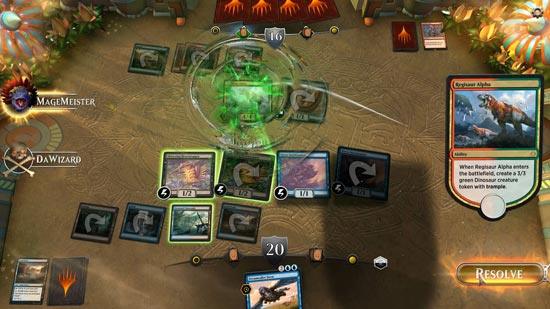 Magic: The Gathering Arena is the first game developed in-house by Wizards of the Coast’s new Digital Games Studio. The studio is creating a Magic experience with the full rules and ongoing content support for new card sets, just like the revered tabletop game. The game is designed and built for digital gamers without compromising Magic‘s core gameplay. Every element of the game design is focused on an engaging and dynamic experience, true to authentic Magic, to provide players and viewers fast-paced, exciting, and easy-to-follow matches.

“We assembled some of the best game designers in the industry who are working to build a digital platform as flexible and expansive as Magic itself. But to make sure we really get it right, we need input from the Magic community, so fans should sign up for the Closed Beta and share your feedback with us,” said Chris Cocks, president of Wizards of the Coast.

“We want to create the deepest, richest digital card game on the market, and for it to be as much fun to watch as it is to play,” said Jeffrey Steefel, vice president of digital game development. 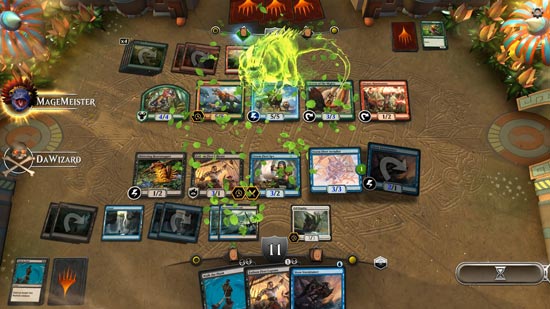 Beginning later this year, testers will focus on the first iteration of casual Constructed play, with cards from the Ixalan release. More features and formats will be added as testing develops.

“The future of Magic is about making sure we stay true to our awesome community of strategy game players,” said Elaine Chase, vice president of global brand strategy and marketing for Magic. “It’s making sure that they can carry that amazing Magicexperience wherever they go, not only in their Friday Night Magic life, but their everyday life. As the very first game under the Magic Digital Next initiative to improve and expand digital Magic, MTG Arena is an important step toward that future.”

More information on Magic: The Gathering Arena, including how to gain priority access for the Closed Beta, can be found at playmtgarena.com.

PSA vs CGC vs BGS – Are CGC Graded Pokemon Cards Catching On?