Home Technology What Will PC Builds Look Like in 2020? 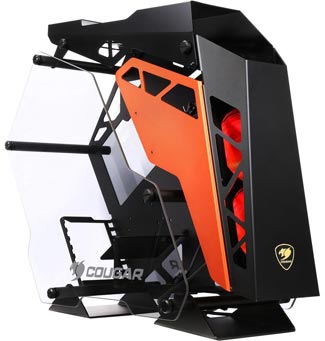 With so many advancements in the mobile market, the do-it-yourself PC industry sometimes feels very dated in comparison.  However, while the desktop industry has been declining, the DIY PC building industry has grown into a healthy niche.  We’ve seen some advancements in recent times: optical drives being phased out, kickstarters for ultra-compact cases, AMD’s comeback with Ryzen and other signs of change to come.

These are the changes I expect, or at least hope for, within the next few years:

CPU’s: Moore’s Law is not exactly dead, but I still expect to see a 10-15% improvement per year.  Entry level $100 CPU’s are on track to becoming powerhouses for creative work and enthusiasts.

Video Cards: I expect a incremental improvement in clock speeds and reduced power consumption in general.  Gaming at 4K at 60 frames will be possible within the mid-range (instead of high)

Monitors: 4K becomes standard for general consumers, if Windows improves its scaling.  Resolutions beyond 4K will (by then) have a very small niche due to diminished returns.  1440p 144 Hz will be the standard for gamers.

RAM: Prices will get higher before they slowly decline and slowly return to 2013 prices as DDR5 RAM launches.  8 will still be acceptable, but many will move to 16 when prices drop.

Solid State Drives: Will reduce in price by over 70% so most builds will be able to afford a 1 or 2 TB SSD.  Probably half of DIY builds will go SSD only.  M2 SSD allows the SATA cable to be forgone.

Hard Drives: Only 1 will be used in the vast majority of builds.  While many will go SSD only, I think the other half of people will still use a hard drive because (a) budget builds can save money and (b) many high end builds will use them because they can.

Power Supplies: Prices will probably remain the same because they always have.  But with other savings mentioned above and TDP’s gradually lowering, SFX power supplies will slowly become standard.  Modularity will become more common as less expansions for the PC are needed.