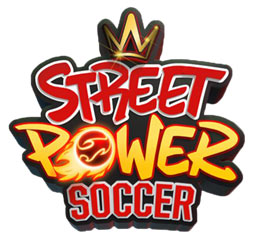 Travel the Globe with Street Soccer Legends, Perfect Tricks and Compete Against Other Players as you Rise to the top


PARIS, FRANCE – AUGUST 25, 2020 – SFL Interactive and Maximum Games have joined forces to announce their new action arcade sports game, Street Power Soccer is available now digitally and at retailers worldwide for PlayStation®4, Xbox One, Nintendo Switch and Steam. Own the streets and unleash your style in Street Power Soccer. All you need is a ball as you master insane tricks and share the flare of real street soccer legends in a competition that spans the globe through six different game modes, offering the style and diversity of street soccer competition.

Street Power Soccer features an elite roster of street soccer ambassadors from around the globe including Sean Garnier, Melody Donchet, JaviFreestyle, Andrew Henderson, Liv Cooke, Raquel Benetti, and many more – each with their own style and specialty. Street Power Soccer combines creative style with high-energy action for an over-the-top soccer and arcade video game experience like no other. Street Power Soccer features six distinct game modes, tons of customizable options to style your team, pumped up music, stages from around the world and much more!

ABOUT GAMAJUN GAMES
Gamajun Games is an independent game developer based in Brno, Czech Republic. Established in 1999 Gamajun Games is a team comprised of talented and experienced developers with world class art talent and a strong creative vision, an innovative development hub with a focus on high-quality games. www.gamajun-games.com.

ABOUT SFL INTERACTIVE
SFL interactive is an indie French publisher created in 2018 in Paris and founded by industry veteran Michael Sportouch and French leading business angels and VC’s. SFL interactive is dedicated to creating unique and fun gameplay experiences with the objective to appeal to a global audience, www.streetpowergame.com.

ABOUT MAXIMUM GAMES
Maximum Games is a top 20 full-service publisher and curator of quality games across all major platforms and global markets. The company is dedicated to its never-ending pursuit to bring unique gameplay experiences to consumers worldwide through strategic partnerships and a hands-on approach to publishing, marketing and distribution. For more information, visit www.maximumgames.com. 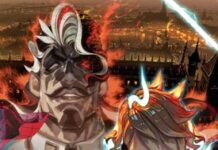