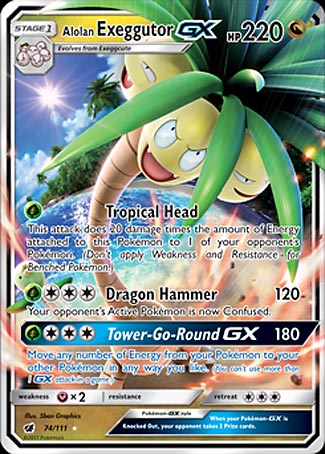 Prerelease tournaments are taking place over the next two weekends, before the Official Release Date of November 3rd.  There are over 110 cards in Crimson Invasion.  Here are some more details from the Official Pokemon Site with links to more details inside their post:

“Battle in Pokémon TCG: Sun & Moon—Crimson Invasion Prerelease tournaments to get an early look at new cards on the way—and have a lot of fun doing it! Be among the first to discover the loads of awesome cards in the Sun & Moon—Crimson Invasion expansion, including mysterious Ultra Beasts and more Pokémon-GX. It also features new Trainer and Special Energy cards that could be the perfect fit for your next decks. The Prerelease tournaments take place October 21–29, 2017, shortly before the launch of the new expansion on November 3. Check with your local game store to see when they’ll be hosting an upcoming event. 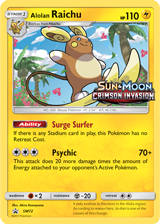 When you register and pay the entry fee to a Prerelease tournament, not only do you get to participate in a fun and casual tournament with other Pokémon fans, but you also get to keep all the cards you receive. When you sit down to play, you’ll receive a Prerelease box containing one 23-card Evolution pack that includes an exclusive foil promo card, plus four booster packs from the Sun & Moon—Crimson Invasion expansion, and you’ll use those cards to build a 40-card deck. It’s an awesome way to get ahead on the latest cards for your Pokémon TCG collection.

While the deck you build doesn’t have to include the Prerelease promo card you receive, keep in mind that it’s often a great way to get started. From there, you can choose what other Pokémon, Trainer cards, and Energy would be good companions for that card. Take a look at the four promo cards available at Sun & Moon—Crimson Invasion Prerelease tournaments!” 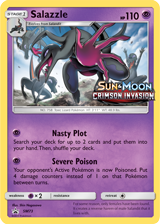 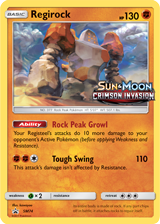 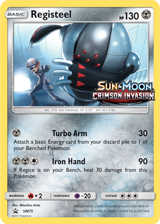 If you’re new to Pokémon TCG Prerelease tournaments or you haven’t competed in one in a while, check out our article on how these fun events work. 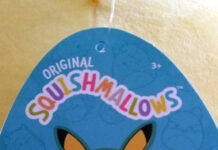