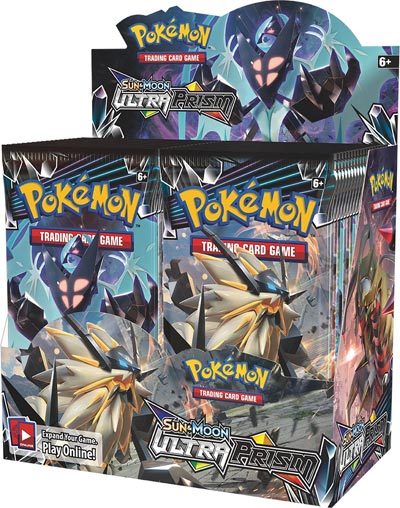 London, UK—March 01, 2018—The Pokémon Company International announced today that Pokémon has followed up its record-breaking sales performance in 2016 with continued growth in Europe throughout 2017 for its Pokémon Trading Card Game (TCG) and toys.

According to figures recorded by the NPD Group Toys retail tracking service, Pokémon is the number one Strategic Trading Card Game property in Europe, with total sales exceeding €100 million. Total sales for such games in Europe in 2017 were over €122 million, giving Pokémon a phenomenal 82% share of the market.

Pokémon gained additional recognition at the UK Toy Fair in London by winning two separate awards. The Pokémon Trading Card Game collected Pocket Money Toy of the Year at the Toy Industry Awards, organised by the British Toy & Hobby Association and Toy Retailers Association. Additionally, the new line of Pokémon toys [AD2] made by Wicked Cool Toys and distributed by Character Options was crowned the winner of the Toy Fair 2018 Editor’s Choice Award, which was voted on by media visiting the show.

Peter Murphy, senior director of marketing at The Pokémon Company International, said: “Wicked Cool Toys’ first Pokémon master toy range has been fantastically well received by retailers and the media at the recent toy fairs in London and Nuremberg. The huge interest in the new toy line is hugely encouraging, and we expect sales to continue to rise when the range launches later this year.”

The global phenomenon of Pokémon was first launched in Japan in 1996 as a role-playing game for Nintendo’s Game Boy system and reached the United States and Europe in 1998–99. The first Pokémon games introduced the original 151 Pokémon. Today, the Pokémon universe includes more than 800 Pokémon that players can catch, trade, and battle against their opponents with in the quest to become a top Pokémon Trainer.

Pokémon has since grown into one of the most popular entertainment properties in the world. It is one of the most successful video game franchises of all time, with more than 300 million video games sold worldwide. In addition, 23.6 billion TCG cards have been shipped to 74 countries in 11 languages, and over 450,000 players take part in Pokémon events every year. There are also more than 900 episodes of the animated TV series, soon starting its 21st season.