Pathfinder is a fantasy Role-Playing Game from Paizo Publishing.  The Pathfinder RPG was first published in 2009.  Pathfinder is somewhat based on the rules of Dungeons and Dragons (D&D) version 3.5 via D&D’s Open Game License.

Pathfinder tweaked D&D’s 3.5 rules a bit.  Pathfinder introduced new character classes, like the Alchemist class.  Spells, skills and fighting were also tweaked to the delight of many fans.  In 2011, Pathfinder was outselling Dungeons and Dragons.  And in August 2019, Paizo released Pathfinder Second Edition.

Pathfinder – Lost Omens Gods & Magic (Second Edition) – is a new 8.5″ x 11″ hardcover book that is being released in early 2020 by Paizo publishing.  The book is in full color, and is 136 pages long.  This book expands on content from the Core Rulebook.

This book presents an in-depth look at the gods presented in Chapter 8 of the Pathfinder Core Rulebook.  This includes alternate domains and divine intercessions each god grants.

The book then looks at 20 additional deities who are also important.  Statistics and mechanical information is provided to play a champion, cleric, or worshipper of that deity.  One page is dedicated to each of these deities (along with artwork of each god).  These deities are:

The book then spends 20 pages looking at Demigods and other Divinities.  These are demigods whose followers can be found in the Inner Sea Region. These include:

The Next Chapter of the book looks at Philosophies and Spirituality practices of the Inner Sea Region.  This Chapter has sections for:

The last chapter of the book focuses on Character Options including:

Let me get this out of the way first – This book is not essential.  You do not need it to enjoy Pathfinder.  The Core Rulebook is all players need to play the game.  But it is always fun to learn new lore, and add more spells, items & weapons to the game. 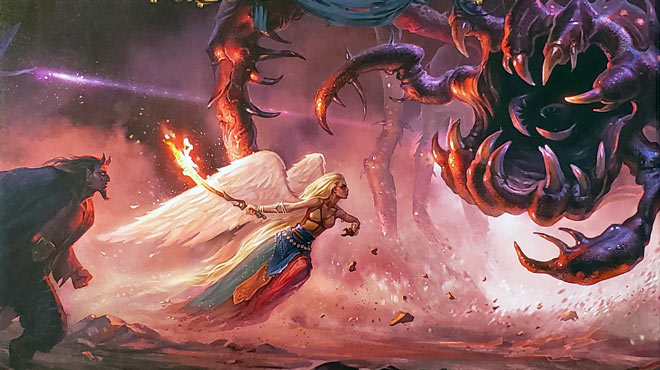 The book is beautifully done, well written, and is of very high quality.  The artwork is fantastic.  There is a great deal of lore on Gods and Demigods, and this makes it a very fun read. There also is a lot of rules content in here that can be used by all characters as well.  This is an easy recommendation for Pathfinder players.