Planegg, August 18th, 2020: Owlcat Games and Deep Silver have rolled the dice and today release the critically acclaimed Pathfinder: Kingmaker Definitive Edition on PlayStation®4 and the Xbox One family of devices including the Xbox One X. The game is available at selected retail stores as well as via the digital stores of the respective platforms. The classic RPG will take adventurers to the Stolen Lands, featuring all previously released content packs as well as a brand new turn-based mode.

The Pathfinder Kingmaker: Definitive Edition adds all previously released DLC content directly to the game and comes with the brand new turn-based mode, which not only brings the game closer to the tabletop experience but also adds a new tactical layer. Owners of the PC version will receive this new mode as a free patch-update later

Providing ultimate control over the battlefield, the new turn-based mode works in harmony with the real-time with pause combat and players can smoothly switch between both depending on the situation they face or the way they want to play the game. 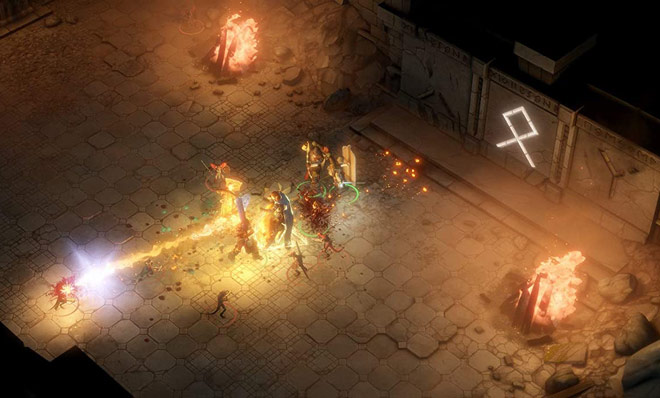 Pathfinder: Kingmaker takes players on an adventure through the infamous Stolen Lands, the dangerous and turbulent territories well known within Pathfinder fandom. The RPG revisits familiar characters and well-known locations from the lore of the franchise, and treats players to brand new adventures, deadly foes, and unforeseen twists and turns. Fans of the fantasy pen-and-paper RPG will experience this epic, heroic universe in new ways while computer RPG gamers will discover their favourite genre in a more contemporary light, with stunning 3D graphics that bring the world to life.

Pathfinder: Kingmaker will challenge players as both adventurers and rulers as they claim explored lands and carve their kingdom from the wilderness. Kingdom-founding goes beyond simple stronghold-building to become a true reflection of the hero character and choices made throughout the game. Each kingdom is a living and breathing world, shaped by rules, choices, allies, and the hero’s ability to lead his or her people.

Twitch live stream on launch day  at 11 am Pacific on twitch.com/owlcatgames

Owlcat Games was founded in 2016 as part of a pilot initiative of My.com. The team is led by veteran game designers behind titles like Heroes of Might and Magic V, Silent Storm, Etherlords, Evil Islands: Curse of the Lost Soul and other games. Team members also took part in the development of popular MMO titles, Allods Online and Skyforge. The first project unveiled by Owlcat Games is Pathfinder: Kingmaker, an isometric computer RPG based on the highly popular Pathfinder pen-and-paper roleplaying game by Paizo Inc.

Paizo Inc. is one of the ” ’world’s leading hobby game publishers. Since 2002, millions of players have joined the goblin army by playing the Pathfinder® and Starfinder® roleplaying games across tabletops, at conventions, at their favourite local game store, and digitally on virtual tabletops. Paizo.com is an online retail hobby destination for millions of gamers that carries the latest products from top hobby game publishers. Players also find accessories, like dice and maps, miniatures, T-shirts, goblin plush toys, and the newest releases to quickly replenish those adventuring supplies for the next dungeon run.

My.com is a global online services platform which focuses on North America and Europe with offices in Amsterdam (NL) and San Jose (US). My.com comprises myMail, MAPS.ME, myTarget, and online and mobile games. My.com publishes award-winning online gaming experiences including Armoured Warfare, Skyforge and Revelation Online. Its mobile communications and entertainment services and apps facilitate its multimillion user base in pursuing their business goals – and let them relax and have a good time gaming in-between. Copyright © 2018 My.com. For more information, visit My.com

Koch Media is a global developer, publisher and distributor of computer and videogames, gaming hardware and merchandise.The company’s publishing activities, marketing and distribution extend throughout Europe, America and Australia. Koch Media has more than 25 years of experience in the digital media business and has risen to become a leading games publishing partner. Koch Media runs a multi-label strategy with fully owned content providers, including the labels Deep Silver, Milestone and Ravenscourt which publish games for consoles and PC across all physical and digital channels. 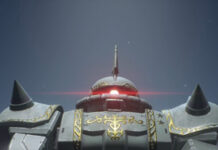