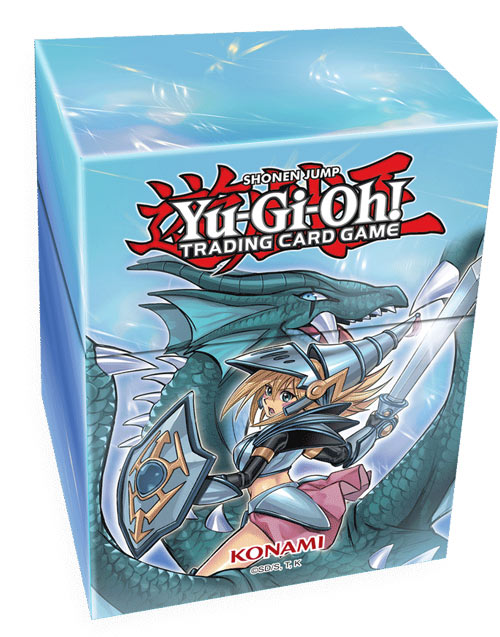 FIRE AND ICE COLLIDE THIS WINTER IN THE
Yu-Gi-Oh! TRADING CARD GAME

Hawthorne, Calif. (January 27, 2021) – As the new year ramps up and winter continues to cool, Konami Digital Entertainment, Inc. (KONAMI) is pleased to present 3 new releases for fans of the Yu-Gi-Oh! TRADING CARD GAME (TCG). From booster sets to Structure Decks, veteran Duelists will get to see fresh takes on countless classics this February, and if you’re a newer competitor it’s your chance to check out some of the game’s greatest strategies, back and better than ever! Topping it all off, a brand-new line of accessories features the leading lady of Duel Monsters come March, and competitors across the continents will have more chances to compete in Remote Duels. Here’s how it all breaks down.

First up, February’s coming in hot with Blazing Vortex. The first quarterly core booster of 2021 introduces three monster themes and offers stellar new support for dozens of fan-favorite Decks! Discover cards for time-honored archetypes like Windwitches, Fabled, Metalfoes, Machina, Skull Servants, Ojamas and Dragunity, as well as modern strategies like Tri-Brigade, Ancient Warriors, Dogmatika, Live☆Twins and Eldlich. Fans of Yu-Gi-Oh GX will find a new spin on Chazz Princeton’s Armed Dragon strategy too, including an all-new version of Chazz’s Armed Dragon LV10 that you can power up to 10,000 ATK!

November’s Phantom Rage set had a whopping 17 World Premieres, cards that were never available anywhere else. But Blazing Vortex ups the ante with a stunning 19 World Premieres! The new cards include a Continuous Trap that interferes with monster effects, a World Premiere that reinvents a classic Spell Card, and the debut of the never-before-seen “War Rock” monsters.

Blazing Vortex also introduces a tremendously powerful Spell Card, the latest in the tradition of Pot of Greed, Pot of Duality, and Pot of Desires. Choose to banish 3 or 6 cards from your Extra Deck, and the new “Pot” Spell Card will let you excavate the same number of cards from the top of your Deck, and choose 1 to add to your hand. It’s an incredible tool to find the card you need the most, and there’s no restriction on what you take so grab whatever you want! This brand-new powerful Spell Card is sure to be a huge hit for tournament Duelists.

Then get ready for one of the coolest releases this year: Structure Deck: Freezing Chains! For years, Duelists have held Brionac, Dragon of the Ice Barrier and Trishula, Dragon of the Ice Barrier in the highest regard, each a stunningly powerful monster for combo Decks and Synchro strategies. But now, the Ice Barrier theme returns from the chilled abyss of obscurity with additions to their arsenal! New Ice Barrier monsters freeze your opponent in their tracks; when you control two or more Ice Barrier monsters, each of them gains a control effect to do things like stop attacks, ward off Spell Cards, and forbid Tribute Summons. Build your field and your opponent will never overcome your frozen defenses.

The Ice Barrier revamp arrives just in time, because a new incarnation of Trishula is ready to cast off its freezing chains! The new Synchro Monster banishes up to 3 opposing cards, and if your opponent destroys it, you’ll Special Summon the original Trishula to take its place! You’ll find all of the “Ice Barrier” Synchro Monsters in the Structure Deck, helping you build your Extra Deck and prepare for battle. You’ll also find plenty of rereleases to strengthen any strategy, from Appointer of the Red Lotus and Fiendish Chain, to Heavy Storm Duster and Crackdown.

For more information on KONAMI’s Organized Play programs, including opportunities for aspiring Duelists to learn how to play, go to www.yugioh-card.com/en/events.