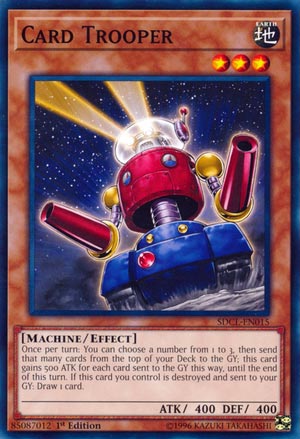 “Troop Dup Scoop” was a common phrase back in the day. The format certainly had it’s overpowered moments, but it should also be celebrated for its diversity. Decks in the format include DHERO, Monarchs, DHERO Monarchs, Demise OTK, Gadgets, EHERO, Beasts, Diamond Dude Turbo, Banish, Gravekeeper, Dark World, Six Samurai and Burn. Not all of these decks were healthy for the game, but it’s a far greater diversity than most formats.

It’s better accommodated for power cards like Cyber Dragon and Monarchs than the 2006 format and it has a more enjoyably quick pace than the 2005 Goat format. Card advantage certainly matters in this format, but field advantage matters a lot too. Being a card behind the opponent is not the end of the world, especially if you have 2 strong monsters on the field. Card Trooper at 3, Dimension Fusion and a few other cards can end the game very quickly. However, the game would be stale without some lethality.

Basic rules of the format: 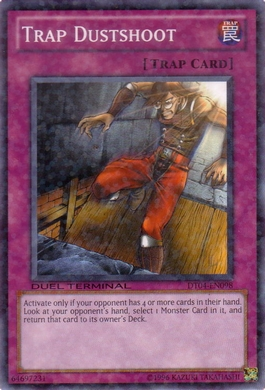 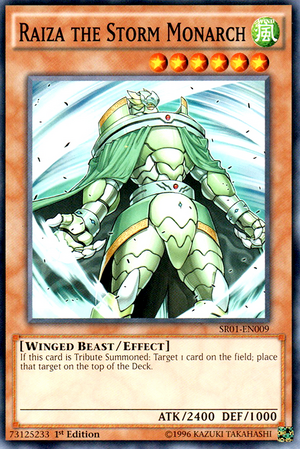 This format comprised the Spring and Summer of 2007. It uses the March 2007 TCG Forbidden Limited list. I will sum up the list below, but this summary is a simple reference point and not exhaustive.

Compared to 2004-2006 formats, this list was created to foster more diversity. With Sorcerer banned, all 3 Chaos monsters are gone and now players are free to run EARTH, WATER, WIND and FIRE monsters at no penalty. Metamorphosis is fine at 2 with Thousand-Eyes Restrict gone. With Magician of Faith banned, Nobleman of Crossout was no longer a “necessary evil” at 2. Hits on cards like Breaker the Magical Warrior (and other staples) removed dominating strategies and allowed players more room to edit their decks. Hitting these cards allows more balanced cards like Smashing Ground, Enemy Controller, Shrink and others to be equally worth contenders for a player’s deck. 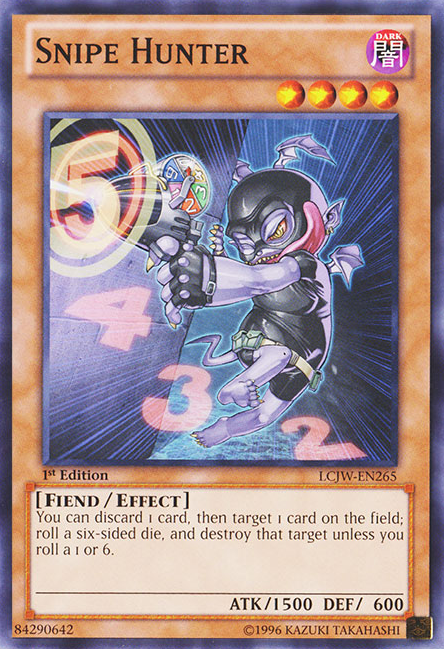 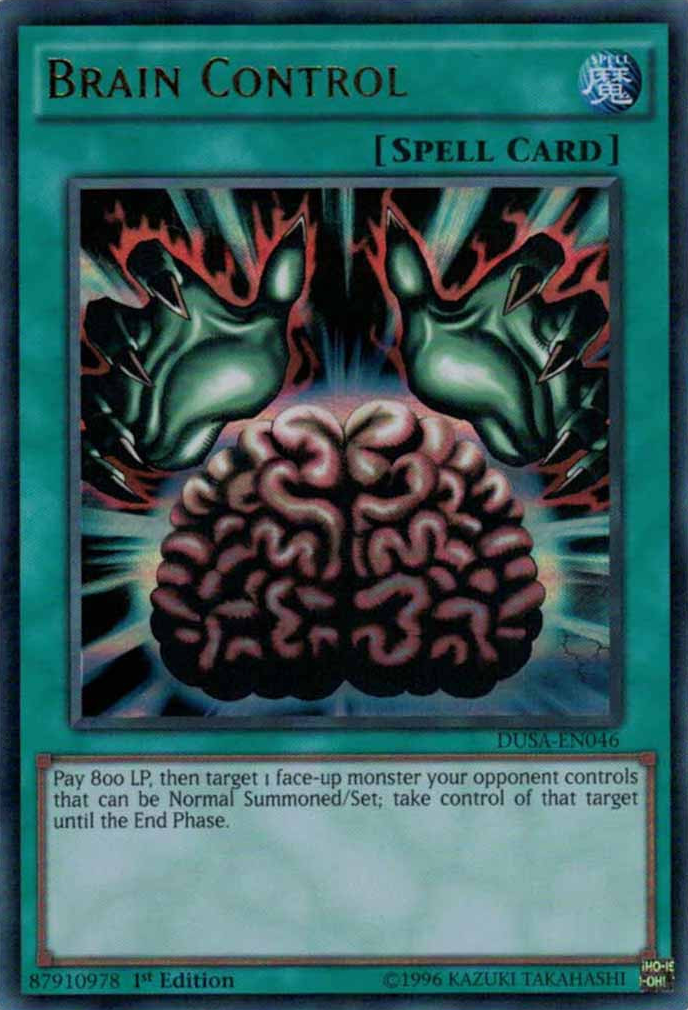 Sangan is still a staple. Cyber Dragon at 3 is very fair in this format because there are more outs to it at this point than years before. Players often run 2-3 copies of it. Morphing Jar is debatable but many players will want to use it. Snipe Hunter is also a very commonly used card as versatile removal. Card Trooper is at 3. You’re free to use anywhere from 1-3 but many players used it because it was capable of being a 1900 ATK beater that replaced itself when destroyed (and it fueled graveyard power for numerous decks).

The 5 power spells are Confiscation, Snatch Steal, Mystical Space Typhoon, Heavy Storm and Premature Burial. Book of Moon (at 1) is also very viable. Brain Control is allowed at 3, and in this format, it’s far more viable than it was in Goats since players use more face-up monsters and there are more good tribute monsters.  Pot of Avarice is used in any deck that can fill up their graveyard and benefit from recycling their monsters.

The 4 trap staples remain: Ring of Destruction, Mirror Force, Call of the Haunted and Torrential Tribute. Trap Dustshoot is at 3, unfortunately; it’s seen by many players as overpowered and inconsistent. Hand knowledge and precluding any monster before it hits the field is strong enough for many players to feel like they’re forced to use 3, but it also puts the player at risk of dead drawing it late-game.

Crush Card Virus is legal at 1, although it was a very expensive card at the time; but players in this format often agree to not use it.

I will propose a revisionist list for players who want to play a more refined version of the format. This list exists in addition to the already established March 2007 TCG list. This list is designed to smoothen the inconsistencies and annoyances of the format rather than structurally change it.