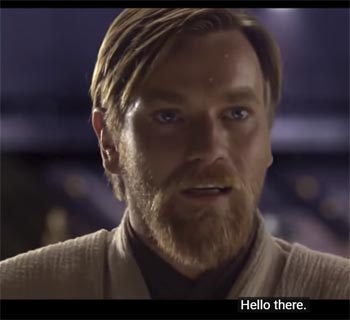 (Anyone who picks up on the Star Wars reference opening gets points for sure).  So it’s been a year or four since I’ve written or contributed anything outside of a Card of the Day review.  But I listened to Baneful’s podcast earlier today, and it made me want to say some things.

First off, and this doesn’t happen as much as it used to, but if you’re reading this and you feel you’d like to be on the CotD team, just email me (get in touch with Pojo himself, Bill is very welcoming and we are always happy to expand the team).  We have a link under the reviews each day of every card too.  Baneful touched on this also.  CotD isn’t a full time commitment, it isn’t a ‘job’.  But, at the same time, it is something I, at least, and I know others who have and do review, take pride in.  I take joy in it as well, it’s a fun thing to do.  I haven’t been around since the VERY beginning, but I’ve been on the better part of 13 years (occasionally missing little spats here or there) but being as regular as I can.  I’m proud of that.  I’ve been so privileged to work with the people on here that I have, from the Ex-Minion of Darkness gang from the beginning, up to the people on the team with me now!  It’s a wonderful experience.

I also enjoy the Baneful brought up the 4000th Card of the Day coming, as I’ve been thinking about that too.  I think it’d be great to get some fan ideas for that (Obelisk if only for the 4000 attack and defense was a neat idea) since we do this for you, if there’s a card you think that could be worthy for that slot, then please, let us know.  But this should happen before the end of the year, just as an approximate guess, we’re looking at what…say October or November?  So there’s plenty of time to figure this out still.

I’d like to write more often, maybe a couple times a month, every couple of weeks or something.  I always enjoyed the fun side of writing, and once in a while, maybe I even taught people something.  Stranger things have been known to happen.  It’s very nostalgic, having been around so long, working with all the people who have been here.  Seeing the evolution of the game, from the original format, to Chaos, Dark Armed Dragon, Monarchs, Soul Control, Diamond Dude Turbo, Perfect Circle, Synchro, XYZ, Pendulum, Link…Yugioh is forever changing.  We do our best here, not just in CotD reviews, or even in writings, to keep you up on these things. I know the forums have lots of visitors, and that’s great.  The forums are a great place to learn, share and discuss, and be informed as well (and not just about Yugioh, about all kinds of other games and things too).  Hopefully, you’ll hear from me again soon.  I’ll try to make a point of it.