Destroy all Spells and Traps your opponent controls.

Harpie’s Feather Duster is our Throwback Thursday choice and newly off the ban list.

This is an example of a staple and a card that is perfect. There have been many cards that have gotten a 5/5 on here that I’m sure the writers have thought weren’t that. To me, this is an example of a 5/5. Cost-free board-wipe that has zero drawback for you or restrictions. I’m so old that I played when this was at three…those were dark times. Not sure why you wouldn’t play this card, unless you were running a solitaire-style deck where you’re going for an FTK/OTK and felt this would interfere with that.

Play this card. It’s finally free from ban list jail and it didn’t need to get errata’d to do so.

Throwback Thursday is a card that was banned for so long in the TCG while the OCG did get to play with it the last few years: Harpie’s Feather Duster.

HFD is a Normal Spell that destroys all Spells and Traps the opponent controls. Simple and easy enough, yet insane at the same time. Spells and Traps don’t have as many grave effects as monsters, which makes HFD age much better than Raigeki does. Now you’d still run into a few of those graveyard effects every once in a while, like against Unchained or Eldlich, but you’d likely know you’re playing those matches and you won’t use HFD since the opponent would just generate advantage anyways. Other than those instances, HFD helps clear backrow that could make sure you can’t make your plays, which is good to have now that Traps are having a revival, which is funny it happens after HFD comes back. It’s a card with no real flaws considering the matchups where it isn’t as good are far less common compared to Raigeki, and at worst you run into a 3-of Solemn Judgment. At least we have a card to make players conservative of setting their backrow now.

Art: 4/5 for the Tournament Pack art and 3/5 for the regular one

Alex
Searcy
Harpie’s Feather Duster is a card I never thought I’d review.  Unbanned for the first time in 16 years just 3+ months ago, it’s fitting to take a look.  As you’re aware, it’s a simple, cost free wipe of your opponent’s back row.  Hitting one card with this breaks you even, and everything thereafter is a +1 in advantage for you.  This should’ve come back years ago.  There’s more ways than ever to stop a Magic card, and while this obviously can be great for you if it goes through successfully, likely resulting in a comeback or a win for the user.
Rating:  5/5
Art:  4/5 Harpie’s wing has more power than her claw 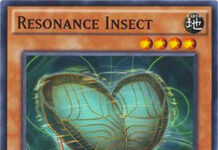