Shonen Jump NJ was near the beginning of when a new ruling meant that Thousand-Eyes Restrict could be flipped up manually the same turn that Tsukuyomi flips it down.  This means that TER could consume a monster each turn in a loop.  This ruling, and how players adapted to it, fundamentally changed the format from a beatdown-centric format to a format that capitalizes on card advantage generating combos.

This deck is the very foundation of what Goat Control decks look like in modern play.  Not every single aspect of it has aged well, of course, but several aspects of it are far ahead of its time.

These are the notable elements of his deck.

Some of his choices were suited for the meta then, but aren’t ideal now.  Magic Cylinder and Swords of Revealing Light repelled beaters, yet allowed TER to consume them, but those cards in modern Goats just end up giving opponent’s space to play defensively.  He used a Lightning Vortex instead of 2nd Nobleman of Crossout because face-up monsters were more of a threat at the time.  Slate Warrior was good in a format full of 1700-1800 ATK monsters but is now dated.  Jinzo is plain inferior to a 2nd Airknight Parshath.  Players find 3 Magician of Faith to be too vulnerable to Nobleman of Crossout, while Magical Merchant wasn’t truly discovered yet at the time.  Also, Luc ran no Book of Moon because it wasn’t great against beatdown, though it’s essential against TER now.

Here’s my modern version of his deck, for fun.
https://www.duelingbook.com/deck?id=1995878 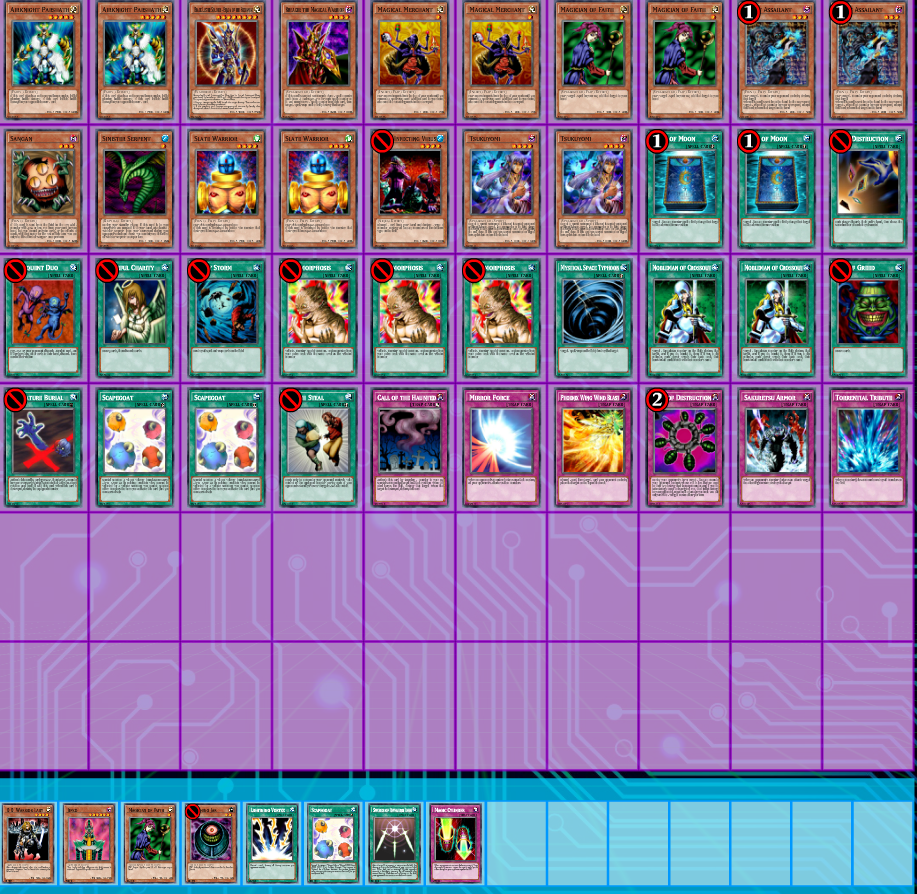