This article is going to focus on Goat Format as an example, but it’s not limited to it.  However, much of the general principles apply to several other older formats from 2003-2006, and also to newer formats as well, which may use different revival cards but still have the same concept of synergy. 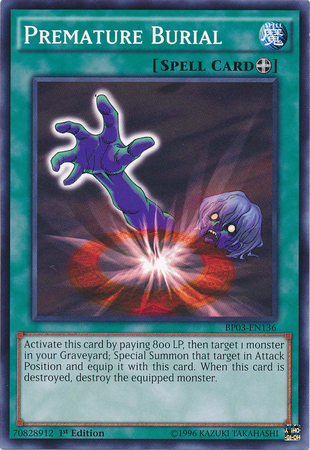 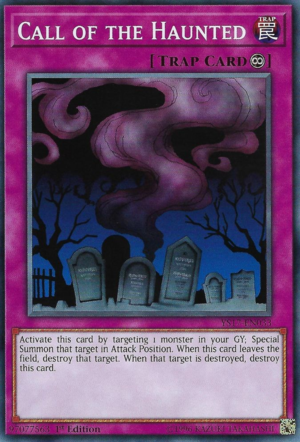 No doubt, for their time, they were both staple cards.  However, as Goat Format evolved, more choices opened up.  Some of them proved very synergetic for these cards and others didn’t.  In early Goat Format (April-May 2005), the format used a lot of strong beaters like D.D. Assailant, Kycoo the Ghost Destroyer and Blade Knight, so the majority of the deck had good targets.

But, the format eventually progressed to focusing on Flip Effects and Tsukuyomi.  Fall 2005, as well as the earliest modern adaptations of Goat Format in 2014, saw the dominance of Exarion Universe, which is also a viable target.

However, fast forward to mid-late 2005, and especially fast-forward to modern-day Goat Format and there’s several problems.

1) Spirit Monsters.  They cannot be revived at all.  With two copies of Tsukuyomi already being a staple, players who decide to also use 2 Asura Priest take the risk of their revival cards being dead.  This is why I prefer running only 1 Asura Priest.

2) Flip Effects.  Do not get me wrong.  Reviving a Magician of Faith and then comboing with Tsukuyomi to turn it into card advantage can definitely be a good play.  But keep in mind that reviving a flip effects requires you to have another card to capitalize on it, so Flip Effects are not reliable targets a lot of the time.

3) Chaos Sorcerer.  Yes, reviving a Chaos Sorcerer which was properly summoned is very advantageous.  However, it also presents an issue of consistency.  If Sorcerer is milled or discarded, unlike other monsters, it’s not a viable target at all.  Moreover, banishing monsters for Chaos Sorcerer gives revival cards even less fuel.

4) Low Monster Counts.  Using 15-16 monsters is viable.  However, if some of those monsters are poorly synergetic, that reduces your pool of viable targets significantly.  Also, a low monster count increases your chances of having a revival card plus very few to no monsters in opening hand.

With having a free summon on cards like Airknight and even BLS, it’s hard to pass up on these cards.  This article is not a recommendation to avoid using these cards in Goats decks but rather to include them in the deck list mindfully rather than taking their inherent value for granted.  If using both, you’ll want at least several viable targets, and if you’re siding out, you need to account for any good revival targets you side in.