Home Featured Articles An Glimpse Into the Future: Why the OCG Should Matter to TCG...

The internet can be a great place sometimes. Hello Pojo Readers, Crunch$G here. As some of you might notice in some articles and Card of the Day reviews you see from me, I like to mention things from the OCG Yu-Gi-Oh game, and for good reason. I believe the OCG is a good representation of what the TCG game state could be in the near future, and you might be able to notice this during almost any period in Yu-Gi-Oh’s 15-ish year history, and there are some reasons why.

The OCG typically get cards far before the TCG 90% of the time, sometimes we know when they will co 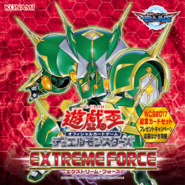 me out (main booster sets are the best example) and others we just got to wait and see when they come because they were released in some obscure product that the TCG might not even get, which is what 10 slots in TCG main booster sets are typically dedicated to. No matter what, you can have a stronger idea of what will enter the Yu-Gi-Oh TCG card pool, even if you have no clue when those cards could come, it should always be in the back of a players mind that a card could come to the TCG at any time.

Since September 2013, the OCG has had a different list from the TCG, probably to keep both even more unique to each other. With that in mind, there have been cases when the 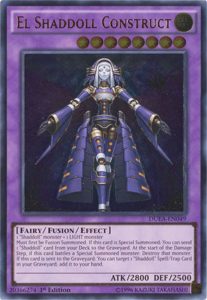 TCG took ideas from the OCG when it comes to what cards to hit to hinder any competitive deck. I will use Shaddoll as an example, in the OCG, to stop Shaddolls from being a meta powerhouse, the final hits to the deck overall had Construct forbidden, Mathematician Limited, and El Shaddoll Fusion limited. With the TCG likely seeing that those hits managed to work, they did the same thing and banned Construct, as well as limited El Shaddoll Fusion and Mathematician. Sometimes, when the OCG d 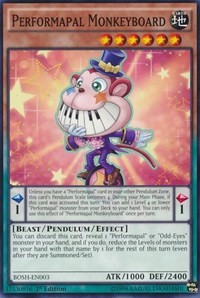 oesn’t get the job done, the TCG can look at that as well and adjust to this. On the OCG January 2016 list, they banned both Plushfire and Damage Juggler, as well as having Ptolemaeus forbidden on the their October 2015 list, yet the Performapal part of the Performages and Pals deck still stayed strong, so the TCG had to adjust. Not only did they ban Plushfire, Ptolemaeus, and Damage Juggler on the February 2016 Adjusted List, but they also limited Luster Pendulum, Monkeyboard, and Skullcrobat Joker. What I am overall trying to get at here is that the TCG Forbidden and Limited List is sometimes inspired by what the OCG does on their list and the meta they have over there if they didn’t get the job done when first hitting a deck.

My final point in doing some research into the OCG is that sometimes, you might be able to find a counter to a meta deck that the TCG had no idea about. Of course sometimes these counters could also be obvious and the TCG sometimes finds their own counters to meta decks as well, but it might not hurt to look overseas to see how they are countering a certain meta deck, because that deck is likely going to be meta in the TCG if it isn’t already, so knowing about that counter and having it on hand can win you a game as well as save you money in case that counter does get bought out. 😛

I am sure some players want to keep a surprise for what comes out to the TCG, and I can understand that, as surprises can be fun; however, looking at what is going on in the OCG can help you prepare for the future when it comes to playing the game. Knowing of what is coming out in the OCG can incline you to buy cards before that card comes to the TCG, then you can be prepared to play with those new cards most effectively, as well as finding a counter to 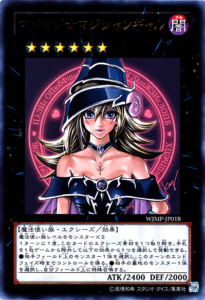 a top deck you did not think about. Also, knowing what the OCG does on their Forbidden and Limited Lists as well as their meta can help you get rid of cards you don’t want to play when the deck gets hit and in return grab the next batch of cards that will be good even before the official TCG list is released. To summarize, looking into what is going on in the OCG, what is getting revealed over there, and what they are playing, can benefit a TCG player in following months, because most of the time cards that come to the OCG will come to the TCG (thinks about Magi Magi Magician Gal being 5 years old in the OCG :[), as well as TCG lists having a form of inspiration for their list with the OCG list. The information the OCG can give you can better prepare you for the future of the Yu-Gi-Oh TCG.