Home Featured Articles How to Get Strong Opening Hands in Yu-Gi-Oh!

This was my very first featured article on Pojo.  I made a few revisions, cut repetition, cut fluff and removed dated references (including a Fire King deck list which isn’t relevant now).  Having a balanced deck of early and late-game cards is an important point to teach beginners of the game.

How do you get a stronger opening hand?  Getting a bad hand is a common and inevitable frustration that every player faces, some having to suffer upsetting tournament losses because of it.  Should we spend all of our money now or save it all for retirement?  Most people would agree that somewhere in between is ideal, and the same applies to resources in deckbuilding.

Magic: The Gathering, for example, has a mana system.  Cards cost a specific amount of mana and Land cards provide energy.  MTG decks have a “mana curve” in which they try to have a balance of cards with low mana cost (early game cards) and high mana cost (mid to late game cards).  MTG players also average out the costs with an online calculator to find the average mana cost per card.  This is a very defined and clear cost system. 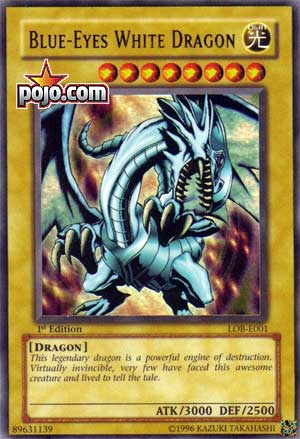 Back when Yugioh started, powerful monsters like Summoned Skull or Blue-Eyes White Dragon had to usually be brought out by sacrificing weaker monsters.  Today, we simply Special Summon our big monsters.  Level stars used to be the main cost system for monsters but are now little more than an adornment.  How accessible a card is isn’t as black-and-white as counting it’s level stars anymore.

There are lots of articles and deck lists from major tournaments, but they don’t accurately represent this balance.  It is often that some people will simply copy the deck list thinking that they will get the same result as the pro players.  But due to lack of context, they don’t.  Big tournaments are dominated by teams which are sometimes okay with using risky deck because the fact they’re working as a team insures the risks.  10 members of that team use the same deck list.  3 members of the team top the tournament, but the other 7 don’t. The top decks are could be outliers in a controlled risk system rather than examples to follow.  Statistically speaking, some of the Master Hyperion decks must have chronically opened with 2 Shine Balls, leading to losses.

There are plenty of exceptions and this is a rule to think about often rather than blindly apply.  The majority of the time, however, you will find that this holds up.

Many people organize their deck into a list of three components (monster, spell and trap) to see if the deck is balanced.  Often, that balance is half monsters and half spells/traps.  But there is another way to organize the deck: a litmus test of how accessible the cards are.

Grab your deck and place each individual card in one of two piles.  Ask yourself in each case “Do I want this card in my opening hand?  Can I play it during my first turn?”  If yes, put it in the affirmative pile and if no, put it in the negative pile.  For example, Monster Reborn (recently banned), as great of a card it is, would fail this test.  It’s best used later in the game as a life-saver or game-winner but it usually won’t help you early on.  No matter how much you like a card and no matter how instrumental it is to winning, you have to put it in the negative pile if you usually can’t play it early on.  Count the amount of cards on each side.

If the majority of the cards are on the negative pile, you fail the test.  Your opening hands will reflect this too most likely.