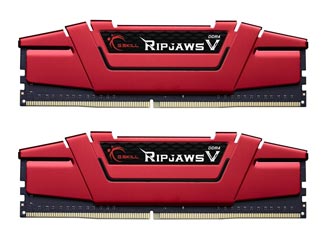 What does RAM do?

RAM is temporary storage.  It is used to help multi-tasking and apps which otherwise do a lot of things at once.

Only if your RAM is low enough to hinder the capabilities of the CPU.  RAM can only make a computer run as quickly as the CPU is able to.

How much RAM do I need minimally?

For phones, tablets and Chromebooks, 2-4 GB.  If you’re only doing basic tasks such as web browsing on a desktop or laptop, 4 GB is fine.  8 GB is ideal for most people, so go for that if you can.

For professional video editing, professional photoshopping and 3D modeling/animating, yes.  For a recording studio, possibly (but try 8 GB first if you are on a tight budget).  For general productivity and leisure, it will make no difference.

For gaming, 16 GB will make very little to no difference.  Very poorly optimized games like PUBG will see a benefit but that’s it.  Games generally don’t use a lot of RAM.  Witcher 3 only uses 3 GB to begin with.  In most games, you won’t even see more than two additional frames per second.  Just spend the money on something that will actually help your gaming if you are a gamer.

For 99% of people, no.  It likely won’t yield any benefit in performance.  If you’re a super high-end professional 4K video editor and you want the fastest rendering times, sure.  But for most people, no.  Yes, many computers will use 32 GB eventually, but it makes no sense to buy it now when it’s expensive. 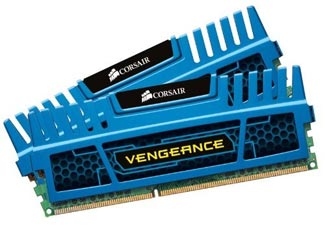 Whichever you prefer.  However, if your motherboard only has two slots, using 2 4GB sticks means you can’t add any more sticks, whereas having 1 8GB stick means you can add another 8GN stick down the road.

Generally, RAM is best used symmetrically.  4, 8 or 16 is ideal for efficiency.  Using 6 will most likely yield benefits over 4, but it’s best to just go with 8.  In the scenario of 12GB versus 16GB, while 16 GB is more efficient in principle, I can understand that the price difference is considerable and many people don’t need 16 GB anyway.

What are the best company brands of RAM?

Is installing a RAM stick supposed to feel awkward?

Yes.  It requires an amount of pressure to be applied which you may feel to be excessive.  I was very afraid that I broke my RAM stick when I first placed it in, but it turned out just fine.  Just make sure you align it correctly (there’s a tiny gap on the left or right side that you want to match up with the motherboard).

Can you use RAM sticks of different brands?

Yes, with an asterisk.  You will probably be fine, but there are cases where it doesn’t work out for whatever reason.  Preferably, you want sticks of the same brand.

Can you use RAM sticks of different speeds?

Yes.  But all RAM sticks will run at the speed of the slowest RAM stick, so it is not recommended.

Which slots should you insert RAM in?

If you have a motherboard with 4+ slots and you are using 2 sticks, install them in the 2nd and 4th slot.

What RAM speeds are ideal?

For Intel CPU’s, 2133-2666 MHz is fine.  Generally, RAM speed doesn’t have a large impact on performance but it can help people get a few more frames per second or slightly shorter render times.  AMD Ryzen CPU’s benefit from fast RAM, so going up to 3000-3200 MHz is recommended.  However, beyond 3200 MHz, we start to see a very slight benefit (maybe only 1-2% improvement in performance), so it’s not worth the extra price at a certain point.

How does RAM overclocking work?

Some motherboards allow your RAM to receive some extra voltage to increase the speed.  You will need to make sure your motherboard supports overclocked RAM.  For example, you may be able to turn a 2133 Mhz into 2666 MHz or 2666 Mhz to 2933 MHz.  In this case, you don’t always need to buy the fastest RAM.  Make sure your BIOS is fully up to date before overclocking (visit the motherboard manufacturer’s website and download the update into a USB thumb-drive and load it into the BIOS).

Are desktop and laptop RAM interchangeable?

No.  Desktops use DIMM (larger RAM) and laptops use SO-DIMM (smaller RAM).

Many of the smaller desktop computers use a motherboards built for laptops so all-in-one’s, NUC’s and other very compact desktops often use SO-DIMM.

Why is RAM so expensive?

During 2013, there was an overflow of RAM as the PC market was slowly declining.  Companies decided to scale back RAM production and the supply was shrinking.  Then, the mobile market (phones, tablets, laptops, etc.) created a large demand for RAM and now prices are double what they were just a year ago (in 2016).

How much RAM should you buy?

When the price is low, may as well buy some extra.  However, when the price is high, only buy as much as you need.  Keep in mind RAM is the easiest part to upgrade.  Worst case scenario, if you don’t have enough RAM, you can buy more.