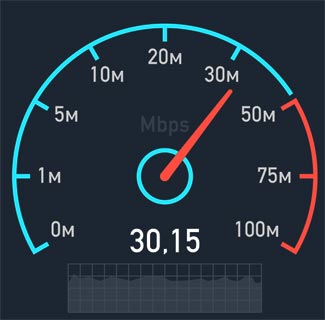 The most ideal way to get fast internet is to plug an Ethernet cable from your router into your computer.  However, for those who keep a router on the other side of their house or must share it with family/room mates, there will be questions on how to raise the speed of the internet and other concerns.

Your downloads are not the only processes going on online, and if there are other people using the same signal in your home, that’s a factor too.  Mostly, it’s the loss of signal through long distances or concrete walls.  And the fact that wifi is significantly slower than Ethernet (much like drinking raindrops is slower than drinking water out of a straw).

What is the cheapest and most convenient way to get wifi?

The most convenient way would be to use a motherboard with a built-in wifi chip.  These are often affordable, but for chipsets with less support, they may cost significantly more.  In general, the cheapest way is to order a $10 USB thumb-drive which handles the connection.

Is a basic cheap USB wifi stick worth it?

For general web browsing, it’s fine.  It’s definitely going to be slower than other forms of internet connection.  Sometimes they have a problem with disconnecting once a while.  I have lost a few matches of online games due to this, but the majority have played perfectly smoothly.  If you want to game competitive, or otherwise can’t even tolerate at a 1% chance of wifi suddenly disconnecting, you definitely want something more stable.

Is a wifi range extender worth it?

Probably not.  A wifi range extender relays one wifi signal into a second wifi signal for your computer to receive.  However, there is a loss in performance and delay in speed inherent to this.

Wifi range extenders are good if distance is an issue (i.e. large house).  However, the signal must get to the extender first, and if there is a concrete wall blocking much of the signal from the start, an extender won’t do a ton.

What is the best option for raising internet speed with minimal cabling?

If the distance (or concrete walls) are the problem, it is probably best to buy a Powerline adapter from TdLink or Netgear ($25-40).  You connect one adapter to a plug and your router and another adapter to a plug and your computer in a different room.  This allows for the wifi signal to travel through the same currents your electricity is traveling to.  It’s basically using your electricity as a wifi signal.  There may be some loss of performance for older houses built with dated electric engineering or interference if the outlet is shared with other devices, but most people should see some improvement.

5 GHz offers a faster signal and more stable connection, but within a shorter distance.  For most people who want a basic signal across the house, a 2.4 GHz wifi signal is fine.  2.4 GHz is slower, but travels longer distances.  Dual-band capacity is generally recommended to receive both signals.

Are PCI-E wifi cards worth it?

Compared to USB cards they are more stable, reliable, far more likely to have dual-band capacity and often offer faster connections, but they also have a few cons compared to USB drives.  They’re more expensive, they require your time to install to the motherboard, they require a free PCI-E slot and some extra room in the build (which some compact PC’s may not have).  If you’re okay with the little downsides, and not getting as good of a performance as you would from a powerlink adapter, go for it.

How many megabits per second of wifi do I need?

Beyond that is redundant in most cases.  It’s a case of people having bigger eyes than stomachs (or moreso wanting the most advanced piece of tech without any real world performance boost).  600 megabytes per second is about 36 gigabytes per minute and well over a terabyte in an hour.  Unless you’re hosting a server of some kind or you want to constantly download and delete the same games to conserve storage space, it’s a non issue.  Paying significantly more for adapters, routers or internet service is not really worth it.  Gigabit signal routers and adapters are currently out, however it’ll probably take at least 5 years before it becomes feasible and cost-justified for the majority of people.